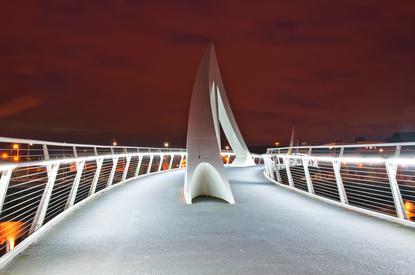 Members of the Five Eyes intelligence alliance have spoken in public together for the first time at a conference in Scotland.

Representatives of the alliance from Australia, New Zealand, UK, US, and Canada shared a stage at the UK’s National Cyber Security Centre annual conference in Glasgow on Wednesday.

According to the CYBERUK conference agenda, the session featured “open discussions with our key allies across the world, and address global collaboration on threat sharing, joint operations and beyond, bringing a closer international approach, to the mutual benefit of all”.

Public appearances by Five Eyes members are rare. The existence of the alliance itself was not disclosed until 2005.

The protect, assure and enable division delivers the Australian Cyber Security Centre’s (ACSC), which became part of the ASD in July last year.

The event marked the first time all five members of the alliance have met openly in the UK.

“Cyber security is an international team sport and we are delighted to host allies from around the world in this public way to discuss how we best defend from common adversaries,” said the UK’s National Cyber Security Centre chief executive Ciaran Martin.

“Cyber attacks do not respect international boundaries and many of the threats and vulnerabilities we face are shared around the globe. Each nation has sovereignty to defend itself as it sees best fit but it’s vital that we work closely with our allies to make the world as safe as possible,” Martin added.

Around 2500 people attended the UK-government-backed conference.

An Australian government statement issued in August said it had provided security guidance to Australian telecommunications carriers following “an extensive review of the national security risks to 5G networks” which ruled out the use of Huawei (although not by name) and “vendors who are likely to be subject to extrajudicial directions from a foreign government”.

The ASD’s Burgess later said the decision was “not taken lightly”.

New Zealand took similar measures in November, following various bans in the US through 2018. Canada has not yet blocked Huawei from its 5G infrastructure, despite lobbying from the US.

The UK prime minister this week ordered that Huawei be banned from supplying core parts of the country’s future 5G mobile phone network, but would still be permitted to supply “non core” technology.