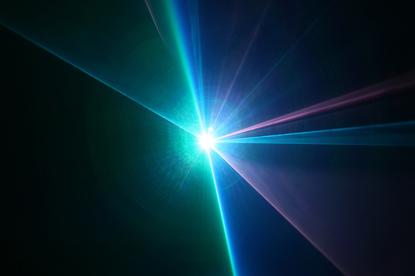 A team of researchers from the University of Otago/Dodd-Walls Centre has created a device it claims could greatly increase the capacity of the world’s optic fibre networks, both long distance and those within data centres. Their breakthrough results were published in Nature last week.

Principal investigator Dr Harald Schwefel said one such device could replace hundreds of the power-consuming lasers used to encode and send data on optic fibres.

Schwefel told Computerworld that the technology could also increase the information carrying capacity of optical fibres.

“Another benefit is that all the laser lines we generate are from the same source so have the same noise characteristics, which makes it easier to transmit more power through an optical fibre than currently possible.

“[With current technology] unfavourable nonlinearities [different for each laser] hinder too much power in the fibre as the signal goes bad pretty quickly, and therefore we can in the future get more light through a longer distance, which would also increase the bandwidth.”

He expects the first application to be submarine networks, where the number of fibres available is limited, and later in data centres where the energy required to power all the individual lasers creates problems.

He said there were no barriers to commercialising the technology and it would likely make its appearance in commercial networks within five to ten years when current options for increasing bandwidth are exhausted.

Also, he said the 160 wavelengths did not represent an upper limit and it should be possible to increase this number.

“To develop the device for the telecommunications industry we will need to start working with major telecommunications companies,” he said. “We have started the process by collaborating with a New Zealand-based optical technology company.”

The technology is the result of a government funded collaboration between scientists at the University of Otago and the University of Auckland who are part of the Dodd-Walls Centre for Quantum and Photonic Technologies — a virtual organisation gathering New Zealand researchers working in the fields of light and quantum science.

The project has been awarded nearly one million dollars of Marsden Fund money.

According to the university, the technology has applications beyond optical communication. Another use is high-precision spectroscopy — using laser light to study and identify the chemical composition, properties and structure of materials including diseases, explosives and chemicals.