ANZ to explore world of multi-cloud through Google Cloud's Anthos 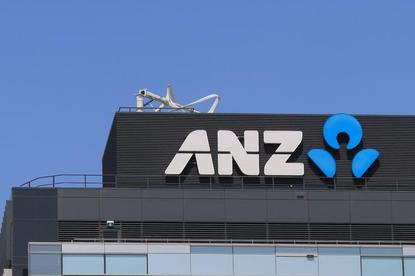 Speaking during Next ‘19 in San Francisco, Ferguson described Anthos as an “exciting” opportunity for ANZ in enabling them to move workloads between its data centres and its clouds.

“Anthos is very interesting,” he said. ”We’re taking a very measured and risk-adjusted approach to our cloud environment, so having a platform like Anthos, which can deliver some applications internally and building parts on the cloud at some point. That’s an exciting thing for us.

"As a regulated financial service, we have to demonstrate that we have a concrete set of steps that we can execute to move a workload either on-prem or to another provider in the event of any issues. Anthos really helps us with the ability to put those plans together with a lot less effort."

Ferguson told an audience that ANZ first started exploring Google Cloud 18 months ago, taking their data and analytics environment from on-premise to the cloud, with an added layer of machine learning (ML).

“[Internally] it was about how do we enable our bankers around smart timely data; taking credit ratings from ratings services and news data from external news agencies using natural language processing and synthesise that with all our bankers’ portfolios,” he explained.

“On the customer side, it was about providing them with information about their transactions and into their business that they might not know."

After working together on a proof-of-concept, ANZ transitioned to Google’s Cloud Services Platform (GCP), its original hybrid cloud environment. This allowed enterprises to run workloads on Google Cloud using Google Kubernetes Engine (GKE) and in a private data centre with GKE on-prem.

However, as revealed during the summit on 9 April, Google Cloud has extended GCP into Anthos, now allowing enterprises to manage cloud environments of competitors like Amazon Web Services (AWS) and Microsoft Azure.

Ferguson said the bank currently worked with other cloud providers, but declined to reveal more details. Having transitioned to GCP, he added that the bank now used Google Cloud’s  BigQuery, Kubernetes engine, a lot of storage and a number of networking services.

“Implementing Google has helped us learn from Google and become a little bit more like Google in how do applications and security,” he added.

Eleanor Dickinson attended Next '19 as a guest of Google Cloud.