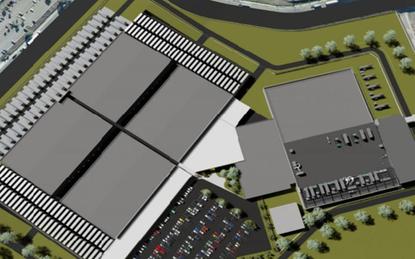 With revenue expected to flow from the second data centre on the site from July, a third facility is being designed now and three more are expected to follow.

The company has told investors that the three new data centres planned will each deliver 25MW of ICT load, to create a 120MW ICT load campus of six data centres in total. That puts Infratil's investment in its Canberra Data Centres unit on track to the company's biggest investment.

"Extension space is already leased and being fitted out," the company said in a presentation.

Under Infratil's ownership, CDC has already expanded Canberra from 40MW to 60MW and commenced construction on a further 23MW. It secured the Eastern Creek, Sydney, sites with 7MW existing capacity and 13MW in construction with development potential for additional 100MW.

Furthermore, the company has won major contracts with government and hyper-scale cloud customers, including cloud services through Microsoft Azure.

Meanwhile, EBITDA run rate has grown from around A$50 million to a A$90 million a year in March and is expected to reach around A$135 million in March 2020.

Meanwhile, CDC's Canberra facility Fyshwick 2, with 21MW total load became operational in December and was now around 50 per cent contracted. Also in Canberra, Hume 3 is fully leased and construction of Hume 4, with 23MW ICT load, is underway.

Infratil said security, business continuity and resilience remain the top client concerns while the biggest growth area is from hyper-scale providers and expects market consolidation "towards the biggest providers".

"In the US 80 per cent of large enterprise traditional data centres are expected to be shut down by 2022," the company added.

Co-location is a mature offering but presents multiple growth opportunities such as where cloud and legacy equipment colocation can be flexibly accommodated for large National Critical Infrastructure (NCI) users.

Meanwhile, local and regional specialists will continue to provide meaningful competition to the global providers.