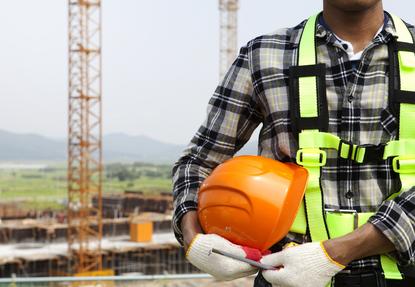 Following a $6.1 million write down last year, WorkSafe has also pulled the plug on a HRIS project.

After booking a $6.1 million write-down on a case management software, safety regulator WorkSafe has also written off a $1.2 million human resources project.

WorkSafe told Parliament's Education and Workforce Committee in February the cancellation of "Project Maru" was made "very purposefully".

"We had milestone management of our payroll requirements. So it’s a HRIS payroll requirement, and our vendor failed to meet one of our milestones," WorkSafe CEO Nicole Rosie said. "So we have pulled out early of the commissioning of that product as a result."

Rosie said while the agency had written off $1.2 million, $800,000 to $900,000 of that related to an internal effort to build requirements around what WorkSafe needed for an HRIS.

That would be applicable to the "next product we choose", Rosie said, adding that WorkSafe would definitely be pursuing another option rather than continuing to use MBIE's software as HRIS was a "critical enabler for the organisation".

The vendor for the HRIS project was not named in the documents, but according to the Government Electronic Tenders website, WorkSafe awarded a contract for a "fit-for-purpose and configurable off the shelf" payroll and human resources information software to Agilyx NZ in 2016.

In December, WorkSafe went back to market for HRIS functionality in a tender that closed on 4 February saying it  intended to implement an SAP SuccessFactors SaaS HRIS solution through the Department of Internal Affairs common capability panel and was seeking an implementation partner.

"In addition WorkSafe is looking to acquire and implement a payroll and health and safety system that is fully integrated to the SuccessFactors system," the tender said.

Further explaining the write-down, Rosie said WorkSafe had a milestone that was very clearly intended: "if they didn’t deliver, that we would exit the project."

"That is best practice around how you manage ICT projects, because there is high inherent risk," she said. "But in general, ICT projects are fraught, and you need a range of capabilities.

"So a few things: one is that in the last year, we have built our ICT capability internally so that we now have quite high-calibre ICT capability, and that ICT capability is working extensively with our internal operational people to understand our requirements much better.

"We’ve also strengthened our governance over the last two years, although that hasn’t really been the key issue in terms of these failures."

WorkSafe chair Ross Wilson added that because of the stage-gate process, the provider got less than $150,000 for their work because WorkSafe had the ability to "pull at the first stage-gate".

"But I think that point that Nicole [Rosie] makes about actually getting internal capacity, employ people with skin in the game, is really important, and obviously the required competencies that, I think, on reflection, too much reliance on IT contractors creates an additional risk," Wilson said.

Separately, in answers to written questions last month, WorkSafe said lack of investment in technology services over the past five years had built up a "technology debt" introducing risk.

"These risks include technology platforms that are no longer supported by the vendors, constraints on the ability of WorkSafe to change its practices due to the inflexibility of the technology platforms currently utilised, and increases in costs to operate and maintain services from third-party suppliers," it said.

A $40 million information systems strategic plan, which will take at least four years to implement, has been formulated to address the issues.

"Current priorities are to remediate the core desktop environment, network, human capital management/payroll and operational management services," it added. "These are foundations for the implementation of the replacement case management solution planned for later in 2019."

WorkSafe said current "foundation layers" are not fit-for-purpose with aspects such as the desktop services being out of vendor support, the network being misaligned for cloud-based services and operational management services being addressed for improvement in the management of new cloud services.

"As these are critical for the delivery improvements required to support the new case management system the current workload effort is focused on these activities," it said.

WorkSafe has established a digital and information team led by a chief digital information officer to assess and support its ICT needs and to oversee the implementation of the plan.