Crossware has about 3000 customers worldwide, and almost a million users 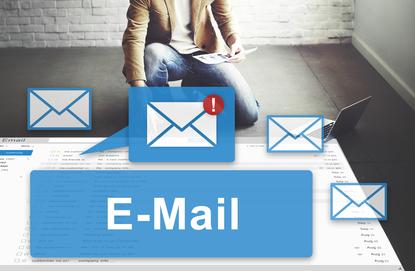 Auckland-based Crossware, a 20-year-old company whose software enables organisations to centrally manage email signatures, has scored a Callaghan Innovations R&D Growth Grant and says it will use the money to speed up the development and the competitiveness of its product, enabling it to expand into the UK and the US.

"At the moment we have people on the ground in the UK and the United States," Anderson said. "We envisage that the enhancements we can make to the product will help us grow sales in both the United States and UK, enabling us to expand our teams in each country."

He told Computerworld: "I would expect our sales to increase much faster than they would have done without the co-funding." He added: "With this grant we are about to release a couple of features that will blow the market away."

Anderson said Crossware had about 3000 customers worldwide, almost a million users, and 520 resellers in 75 countries.

"We have been ahead of the competition for the last four years," he added. "We were the first in the world to integrate a signature solution into Office 365. We had our first customer in October 2014. Our closest competitor released theirs in July 2015."

Andersen told Computerworld there were pluses and minuses in the transition.

However, he said the application process for the R&D tax credit was not yet fully understood. "We don't know who will evaluate your application. Will it be Callaghan or will be IRD?"

On the minus said, he said, as well as offering a larger contribution, Callaghan funding is provided quarterly whereas tax credit funding will be provided annually after submission of a tax return.

"Everything we do is funded by cashflow, so the Callaghan grant will speed up our development," he added. "It is important for us not to have to wait until 2020 when we do the tax return."