Kiwis migrate to top-end phones, but not to vendor flagships 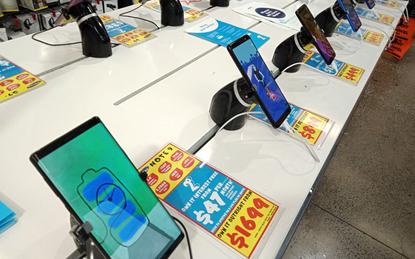 Kiwis are buying more expensive phones and keeping them longer

For Kiwis, low-end mobile phones are on the way out as they increasingly opt for more expensive devices.

That lost share has moved up the value chain and into higher end devices, with mid-range shipments increasing by 43 per cent annually, and the ultra high-end by 24 per cent.

According to Scott Manion - associate market analyst for client devices at IDC New Zealand - consumers are willing to invest a greater amount in their devices because they’re becoming increasingly reliant upon them in their daily lives.

“Increased reliance upon our phones is leading to greater willingness to invest in a higher-end device," Manion said.

However, that's a double-edged sword for vendors and the channel.

While the devices bring better performance, they are also likely to age better. Vendors will benefit from greater revenue in the short-term, but longer life cycles could see consumers holding on to their devices longer.

During the past 12 months, shipments were down 1.6 per cent annually, however increasing average sale prices led to a 21.6 per cent increase in revenue.

According to IDC’s Consumerscape 360 study, the average ownership lifecycle is 3.7 years. This, in combination with a saturated smartphone market are likely the main contributors to decreased unit shipments.

Rising average sale prices in the ultra high-end space is causing concern for vendors given New Zealand’s record as a price sensitive nation. Only a few weeks ago Spark announced it was having difficulty moving inventory of high-end phones.

That, IDC said, begs the question of whether New Zealand’s smartphone market has a price ceiling.

"Consumers are increasingly opting for older models rather than the new flagship. Often these fulfil the use case without breaking the bank."

While consumers are increasing their willingness to spend on devices, this spend does have a limit, IDC said.