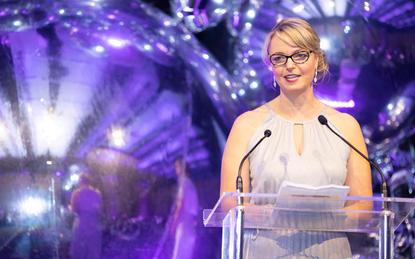 Cisco has honoured its top performing partners across Australia and New Zealand (A/NZ) after posting 14 per cent revenue growth year-on-year.

Announced during Cisco Live in Melbourne, the awards rewarded channel partners across 15 categories.

Continuing its hat-trick of successes from last year, Data#3 took home triple honours including the top honour of A/NZ Partner of the Year.

The Brisbane-based company was also recognised for its performance in the fields of software and customer experience.

Datacom was once again the winning partner in New Zealand for the second consecutive year.

Rounding off the awards were IBM Australia, Telstra and Cohda Wireless, which picked up gongs for data centre, collaboration and ecosystem.

“At Cisco, we are committed to working with our partners to succeed together,” said Tara Ridley, managing director of partner organisation at Cisco. "Partners were selected for excellence across innovation, business growth, customer satisfaction and competitive differentiation."

In revealing the A/NZ region’s growth, Ridley said the divisions of product, service and software grew by 15 per cent, 10 per cent and 28 per cent respectively.

Recurring revenue proved to be the strongest area with 43 per cent growth. However, renewal revenue fell by more than 75 per cent, a result that will see Cisco hire 20 more people to boost its focus in that area.

Meanwhile, Cisco is also offering a US$250,000 prize as part of a newly-launched innovation challenge.

To be eligible, partners will have to submit ideas for products, services or go-to-markets by May 14. Ideas must either boost partner-developed applications on top of Cisco technology, foster innovation and either create or boost create business use cases for Cisco solutions. The cash will be used to fund the winning project.

Eleanor Dickinson attended Cisco Live in Melbourne as a guest of Cisco.