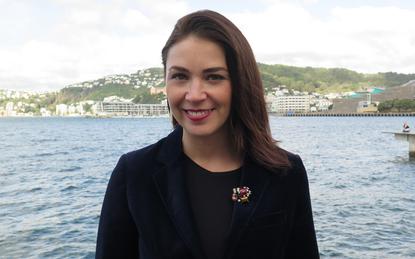 The technology industry has more work to do in terms of closing the gender gap in New Zealand, with only 26 per cent of staff in the sector currently women.

That’s according to Eva Sherwood - director of NZTech - when assessing the current state of the equality market locally, compared to global findings.

New Zealand has risen two places to the seventh most gender equal country in the world to the latest World Economic Forum report on the issue.

Sherwood said that overall, the country has closed more than 80 per cent of its gender gap for the first time since the forum’s index began, with the most gender-equal nations to date compromising of Iceland, Norway, Sweden and Finland.

But specific to technology, just over a quarter of Kiwi workers are females.

“For us Kiwis, more effort absolutely needs to be made Zealand to address the gender diversity gap, especially in technology,” Sherwood said. “But we won't make significant progress on our goals without the majority of our tech sector actively supporting us.

“It is fundamental that we include women in our community, projects and events. The power to change the gender diversity gap in tech sits with all of us, the majority of whom are men.”

As explained by Sherwood, Kiwi men hold “almost all” of the governance positions, including “most” of the leadership positions and a “greater proportion” of the individual roles in businesses.

“The tech industry has been talking about the value of better gender balance in the workplace and increasing the number of women in leadership, for decades,” Sherwood added.

“Instead of the burden being carried by the small number of women in tech to attract and retain women, why are we not looking at our male majority to make a real impact on this important business issue?

“Until we start engaging men in the diversity conversation the weight of the problem will continue to fall unfairly on our female shoulders.”