Why Serious Fraud Office passed on Fuji Xerox, and the challenges of cloud

Investigation of financial scandal at print and copier giant is ongoing 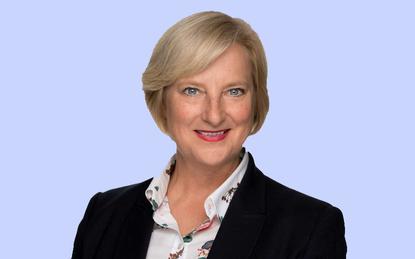 New Zealand's Serious Fraud Office has updated Parliament on its investigation of Fuji Xerox alongside issues with access to records held in the cloud.

The SFO was criticised for not doing more to investigate Fuji Xerox's business practices until long after a series of 2017 articles in The National Business Review indicated wrongdoing.

However, in a briefing to Parliament's Justice Committee in November, a transcript of which was published this week, the agency said it remained extremely busy with some large cases including the $750 million collapse of CBL Insurance.

"Things like [Fuji] Xerox are also matters that we are spending quite a lot of time on, in addition to a number of matters of similar size and complexity which are not in the public domain," SFO chief executive Julie Read said.

Read said the SFO took an initial look at the company and found there was not enough information available without reviewing the entire records of that company, and that was not a feasible proposition.

"It went away and some more work happened, and it came back to us, and we took it on to prosecute," Read added.

The SFO had to be a selective, she said.

"One of the things that I think that the Serious Fraud Office is really good at compared to other departments in New Zealand and compared to our overseas counterparts is scoping an investigation," she said.

"We cannot just go to a big company like Fuji Xerox and reconstruct their entire accounts and business for years on end; we really have to be focused on where we think that the misdoings or the misdeeds are occurring and work on that.

"If we can’t do that, as was the case initially with Fuji Xerox, then there’s not much we could do."

As more work was done by auditors and accountants the case "came back" and the SFO had a greater capacity to launch an investigation on the misconduct.

Fuji Xerox New Zealand was suspended from one all-of-government contract and terminated from another in the wake of the scandal, while senior executives in Japan and elsewhere were also forced to leave the vendor. Civil proceedings were also filed against senior executives.

The SFO's investigation is ongoing.

Read also said the accessing records in the cloud was challenge for investigations.

"One of the biggest issues for all law enforcement internationally is the cloud—storing things in the cloud and how you get access to that," she said. "There’s country sovereignty involved in that.

Read said there are a lot of questions around those issues, not just New Zealand but for other countries as well.

"It’s a complex question of international law," she explained. "If you were to ask me, as director of the Serious Fraud Office, would I like some legislative changes—definitely."

However, there were treaties that New Zealand was not party to, especially European Union treaties, which suggested that sovereignty ought to be respected.

"Sometimes you don’t even know where material is," Read said. "So, yeah, we would like to have some legislation, but, given that it affects other countries, that’s something that needs working through—and not by us directly, of course."