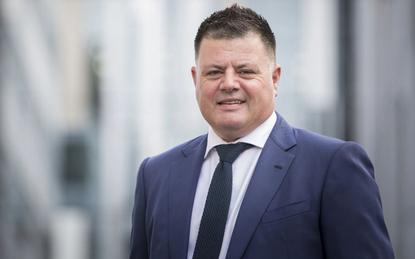 Kiwibank is focusing on technology transformation, but not as in the past through a costly, big-bang investment.

In releasing its half year results, the bank reported that it had achieved $1 billion in growth in both deposits and lending, more than twice the growth for the full year prior In just six months.

“This momentum across the bank demonstrates Kiwibank’s objective to maintain a level of competition that benefits all Kiwis," said Kiwibank CEO, Steve Jurkovich.

For the half year ending 31 December 2018, Kiwibank Banking Group delivered a net profit after tax (NPAT) of $62 million up from $42 million for the six months to 31 December 2017.

“Kiwibank is back to the performance levels it enjoyed before the Kaikoura earthquake and the abandoned technology project CoreMod,” Jurkovich said.

The SAP-based CoreMod was supposed to replace the bank's legacy Ultracs software, from Australian-based company Ultradata, but the bulk of the project was abandoned in September 2017, forcing the bank to book a $90 million write-down.

In the interim, Ultracs has received several upgrades to ensure stability and resilience. However, technology is once again becoming a focus for investment.

Jurkovich said Kiwibank is "ambitious by nature and heritage" and is committed to raising the impact it has for customers and New Zealand.

"The next stage in our evolution lies in technology transformation," he said. "It’s no longer about once-and-done or big-bang projects. Technology needs investment and Kiwibank will invest significantly in this critical capability."

Jurkovich said changes to the branch network are another example of how the bank is adjusting to the impact of technology and changing customer preference.

"We acknowledge, and respect change is difficult for some customers and we that need to make sure we stay relevant by investing in the biggest positive impact for the most customers," he added.

“While we are already overwhelmingly a digital bank, the face-to-face interactions we have with our customers are critical and at the heart of who we are."

Kiwibank’s capital position has remained strong, Jurkovich said, with capital ratios are well above regulatory minimums and higher than most other banks.