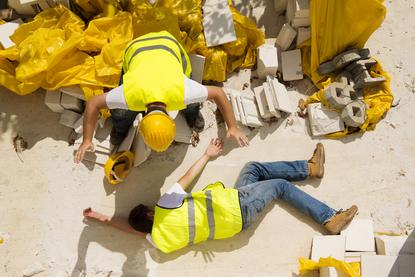 The Accident Compensation Corporation (ACC) is rebuilding its payments systems

After the relatively successful delivery of its $86 million Project Juno system, the Accident Compensation Corporation (ACC) is looking to the cloud and to develop a costly new payments platform.

ACC already uses Microsoft Azure and is also planning to use services from Amazon Web Services (AWS), both served from Sydney date centres.

Azure is being used to support the trial of MyACC, an online portal that will allow clients to self-manage aspects of their recovery, among other systems.

"This involves a limited data set of information about a small number of clients and their injury claims," ACC said. "We are now considering whether to use Azure to store additional client data but we do not have a time-frame on when that decision will be finalised.

As reported by Reseller News, the Department of Internal Affairs said it had decided not to change its cloud guidance to agencies in light of the new Australian Assistance and Access Act.

However, the primary responsibility for data security, privacy and for deciding what goes into the cloud and where sits with the agencies themselves.

"Like other government agencies, ACC is supporting the New Zealand government’s Cloud First Policy by increasingly using cloud services instead of traditional IT systems," ACC said in a statement.

"We are currently using Microsoft’s Azure platform, based in Australia, because it is cost-effective, flexible and secure. The way it encrypts information offers greater protection than on-site data storage options."

Azure is also used to: store business customer data and ACC's levy invoicing/billing system; to host a customer relationship management system for its health providers, and to host Microsoft Office 365 and document management services, including SharePoint.

ACC said it also intends to start using AWS, again hosted in Australia, later this year to support its work to enable improved reporting and analytics capability across the organisation.

The corporation has also embarked on a project likely to be bigger and more costly than Juno. The replacement of its aged payments system is forecast to cost between $80 million and $131 million delivered over three stages ending in 2022.

"It handles over $1 billion worth of compensation payments to over 100,000 clients each year, but at 20 years of age, it is becoming harder to support," the corporation said. "At the same time we want to improve the turn-around times for payments, which clients tell us are a key pain point for them."

ACC has decided to move the calculation and payment of client entitlements into its core case management system, EOS, which is being upgraded to a new version.

"This will reduce duplication; simplify some processes, and enable our employees to work in a faster, more responsive way," it said.

The core technical build of the EOS payment features was completed in late 2018, and is currently undergoing testing on track to go live in the middle of this year.

"Rollout will involve a ‘slow ramp up’ approach that will see Pathway and the new Eos payment systems working simultaneously to ensure all payments are issued," ACC said.

"Running dual systems will incur a cost, but we believe that is the best way to make sure we pay all clients correctly and on time during the change over."

Meanwhile, an analytics platform project to support data-driven decision-making around rehabilitation services and injury prevention has been delayed.