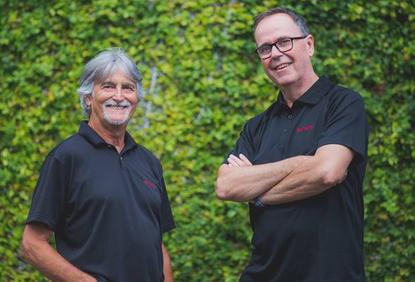 The buyout is Theta’s fourth significant acquisition in the past eight years, and along with organic growth puts the company on track to be a $50 million business by the end of 2020, according to CEO Rob Lee.

Theta and Designertech are both established locally-owned firms, each having been in business for almost a quarter of a century.

For Designertech, Mainfreight has been a key customer since 1994, helping it move beyond trucking.

Mainfreight will now join Theta’s portfolio of customers including Auckland Transport, the University of Auckland, The Warehouse, Zespri, Fulton Hogan, Z Energy, Genesis and a wide range of government departments.

“With our enhanced size, capability, and credibility, Theta becomes an even more significant contributor in the New Zealand IT market, with an even greater ability to deliver smart solutions to both the public and private sector," Theta chair Susan Paterson said.

Both companies are Microsoft Gold partners, with the acquisition adding strength and depth to Theta’s cloud and digital capabilities in particular.

Phil Goldie, partner director of Microsoft New Zealand, said both companies are well known for delivering "great projects for their customers", reflected through the awards they have won, alongside gold partner status.

"It’s been great to discover how much we have in common and how much stronger we can be together," he said. "Our people share a passion for helping our customers to prosper and grow.

"Having competed against each other to raise money for leading charity Cure Kids, we’re looking forward to competing on the same team."