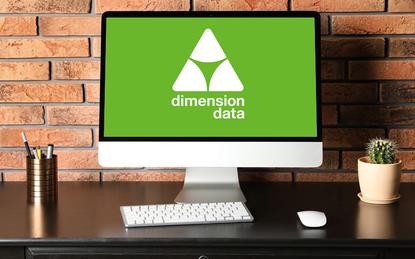 The search is underway for a new CEO of Dimension Data in New Zealand, with the technology provider expecting to complete the process by 31 March.

The recruitment drive follows the exit of Wayne Yarr in the top role, with Reseller News understanding that a locally based replacement is the preferred choice of higher management.

Such a decision would put to bed increased speculation that the business is exploring plans to run operations out of Singapore, leaving a skeleton staff in New Zealand as a result.

“We can confirm Wayne Yarr has left Dimension Data,” a spokesperson for Dimension Data told Reseller News. “We'd like to thank him for his contribution over the past two years.

“We are currently in the process of identifying and recruiting a new CEO to take Dimension Data to the next level in New Zealand and we expect this process to be completed in this current quarter.”

As reported by Reseller News, the technology provider appeared to have reported results for a six month period, from 1 October 2017 to 31 March 2018 to align its accounts with those of NTT.

The companies were merged to create a US$38 billion global giant with such a change of period meaning the year-on-year accounts are not strictly comparable.

However, one number did stand out: a $24.9 million impairment which a note to the company's accounts stated was made to better reflect the value of businesses acquired in 2010.

Dimension Data rolled up the businesses of Datacraft, Logical CSI, Integral and Axon Computer Systems around that time. That impairment drove the company's bottom line $30.3 million into the red compared with an $8.3 million loss last year.

Change at the top

As revealed by Reseller News, Yarr was appointed to the leadership role in March 2017, replacing Jo Healey who exited the business a month earlier.

During his tenure, Yarr was responsible for both the strategic management and the operations of the business across the country, having previously held a senior sales role within the company earlier in his career.

Yarr’s exit comes eight months after Dimension Data issued a round of internal restructuring within the New Zealand organisation, resulting in a streamlining of operations and job losses.

The change came 18 months after the business cut multiple roles in Auckland and Wellington, as part of plans to offshore the company’s service desk division to India.

Fast forward to 2018 and the system integrator further tightened operations in New Zealand, in a bid to respond to increased market competition.