Bringing robotic process automation and AI together a key objective 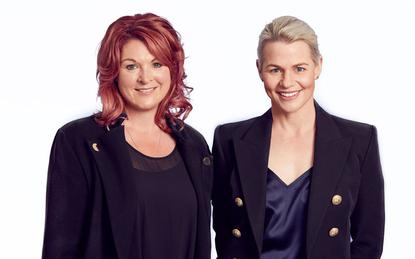 Virtual Blue has been founded by Sam Osborne and Sharyn Catt, who have been working in the RPA market since its inception in New Zealand three years ago.

The company will be partnering with global RPA providers and services will include intelligent automation consultancy, delivery and implementation, production support and maintenance.

Osborne, who will take on the role of managing director, fronted New Zealand’s first RPA programme in 2016 as the general manager of robotics and automation for Quanton, and previously worked with companies including Vodafone New Zealand, 2Degrees and BNZ.

Catt, who is Virtual Blue’s director of customer solutions and operations, was previously head of consulting services for Quanton and has more than 15 years’ experience as a business consultant.

RPA provides business process automation based on the use of software robots to automate repetitive, monotonous tasks.

“Many of the companies we’re speaking to have approached RPA and AI as two separate pieces of the transformation process, but they should be two parts of the same solution,” Osborne said.

AI-based chatbots, for instance, can answer questions but can’t then go away and process any of the information. The real value lies in having RPA and AI working together, according to Osborne.

As a result, Virtual Blue aims to show clients how they can use both technologies together from the start rather than trying to bring them together later on.

“Internally, organisations understand digital strategy, but I think we will see much wider take up this year," Osborne added. "RPA and AI are no longer emerging technologies, they’re becoming a mainstream part of digital transformation and are now being seriously considered by business."

According to Osborne, the start-up is already seeing increased demand from mid-sized businesses and enterprise customers in New Zealand.

"Internally, organisations understand digital strategy, but I think we will see much wider take up this year," she added. "RPA and AI are no longer emerging technologies, they’re becoming a mainstream part of digital transformation and are now being seriously considered by business."