Health and wellness key ahead of first services starting in 2022 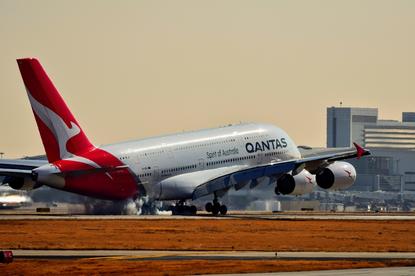 Qantas has revealed that customers are requesting in-flight innovations such as exercise bikes and virtual reality relaxation to pass the time on proposed 20-hour non-stop flights from Sydney to London.

The airline expects to order Airbus SE A350 or Boeing 777X jets capable of flying the world's longest-ever commercial route later this year, with the first services starting in 2022.

Focus group research as well as customer surveys of those who have flown on its 17-hour non-stop route from Perth to London have found health and wellness are the top trends, Qantas said in a statement.

Passenger suggestions include spaces for gentle exercise, providing wireless noise-cancelling headsets and installing an in-flight cafe with both alcoholic and non-alcoholic beverages and snacks, the airline said.

"Customers are sharing some incredibly imaginative ideas, which is an exciting challenge and helps us to think outside of the box to redefine the ultra-long haul experience," Qantas industrial designer David Caon said.

For its Perth-London flights, which began last year, Qantas offers 15-minute stretch classes at its Perth transit lounge prior to and following the flight, with the airline reporting a take-up rate of 80 per cent.

The flight menu and cabin lighting are also designed to aid the body clock.

But neither carrier has set aside dedicated cabin space for exercise or lounging on its current ultra-long haul flights.

Qantas International chief executive Alison Webster said the airline would examine customer requests for Sydney-London services and design the cabin in a way that made it "both affordable for customers and commercially viable for the airline".