Telstra to grab a chunk of Southern Cross Cable 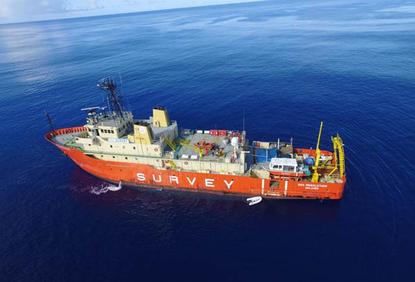 Telstra has agreed to buy a quarter share in Southern Cross Cable Network as well as substantial capacity on both the existing network and Southern Cross' new Next cable.

The share and capacity purchases are inter-conditional and both are subject to definitive documentation and regulatory approvals, shareholding telcos said yesterday.

John Wesley-Smith - general manager of regulatory affairs for Spark New Zealand - said the agreement is a milestone in building a valuable addition to the Southern Cross network.

Spark’s shareholding will be diluted to approximately 37.5 per cent when the transaction is completed. The other current shareholders are Singtel-Optus and Verizon Business.

Southern Cross Cable Network (SCCN) owns and operates the trans-Pacific cable network and has initiated work on the new high capacity and low latency Next cable.

The 12,250 kilometre, US$300 million Next cable will provide data-centre connectivity between Sydney, Auckland, and Los Angeles and is scheduled for completion by end of 2020.

Telstra has long been a customer of Southern Cross and its investment will mean it also has an immediate ownership interest, Telstra group executive for enterprise Michael Ebeid said.

"This route is extremely important to our business as US to Australia traffic accounts for more than 80 per cent of all the internet traffic to Australia," he said.

"Southern Cross builds on Telstra’s existing footprint in Asia Pacific and creates a critical new path for ‘Australia In’ and ‘Australia Out’ connectivity."

Construction will be funded by a combination of capacity payments, equity contributions and financing.

"We are delighted that Telstra has committed to the cable as an anchor customer, and more so that Telstra sees the value in our capability long-term and is set to take a stake in the company," Southern Cross Cables president and CEO Anthony Briscoe said.