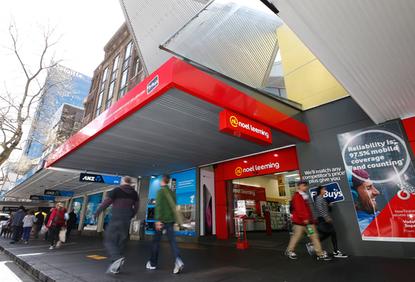 Noel Leeming has been fined $200,000 for misleading consumers about their rights under the Consumer Guarantees Act (CGA), following a Commerce Commission prosecution.

The retail giant was convicted on eight charges under the Fair Trading Act, for making false or misleading representations to consumers about their rights under the CGA.

Spanning consumer goods such as mobile phones and laptops, each charge relates to a different complainant and the conduct occurred between September 2015 and January 2017 at seven Noel Leeming stores across New Zealand.

“It was not isolated or ‘one off’ conduct. Consumers complained to Noel Leeming about products and were entitled to have their complaints treated seriously, investigated properly and remedied where appropriate.

“Instead they were misled - sometimes repeatedly - about their rights under the law, at a moment when it really mattered to consumers that their legal rights were honoured.”

Specifically, Noel Leeming made misrepresentations such as that a consumer had to contact Microsoft about a faulty product and that claims under the CGA about an iPhone had to be negotiated with Apple directly.

In sentencing in the Auckland District Court, Judge Nicola Mathers said there were “direct and significant departures from the truth in every case… consumers were denied their rights and had real difficulty dealing with Noel Leeming.”

Since 2007, Rawlings said the Commission has three times warned or issued compliance advice to Noel Leeming about potentially misleading consumers as to their CGA rights.

“These statements are simply wrong,” Rawlings added. “The CGA entitles consumers to receive a remedy from Noel Leeming, as the supplier. A supplier cannot refuse to deal with its customers and refer them to the manufacturer.

“The CGA is also clear about the circumstances in which a refund or replacement is available. These statements should not have been made to consumers.”