Huawei in the dark, seeks GCSB clarification over 5G ban 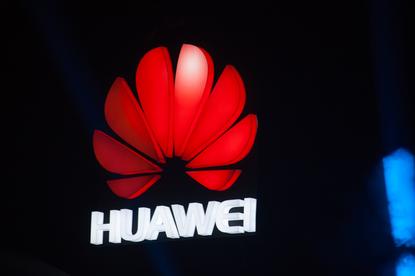 Huawei is seeking clarification from the New Zealand Government following news that the Government Communications Security Bureau (GCSB) has blocked proposed plans for Spark to use 5G equipment from the Chinese vendor.

“Huawei is aware of Spark's statement about 5G deployment, and we are looking into the situation,” said Andrew Bowater, deputy managing director of Huawei New Zealand.

“Huawei New Zealand has not had any formal notification or contact from the GCSB, but as the Director General has noted publicly, this is an ongoing process. Huawei would welcome the opportunity to actively address any concerns and work together to find a way forward.”

Bowater said that at this stage, the GCSB and ministers “have not engaged” with Huawei in this process.

“In the interests of natural justice and fairness, Huawei is seeking an urgent meeting with the relevant Ministers and officials to understand the Government’s position and get clarification of the process from here,” Bowater added.

“There has been no evidence of wrongdoing by Huawei presented and we strongly reject the notion that our business threatens New Zealand in any way. We deserve the opportunity to have our voice heard and to address any concerns in good faith.”

Since Huawei was established in New Zealand in 2005, Bowater said the vendor has “always worked in good faith” with the Government and other industry players.

“We believe that our involvement in the telecommunications sector has benefited New Zealand’s economy, businesses and consumers,” he added.

“The biggest potential impact will be on New Zealand consumers both in terms of technology and price due to the lack of competition. Huawei has a proven record of delivering the best technology in New Zealand at a competitive price.

"In March this year we achieved a then world-record of 18.23Gbps for the indoor 5G trial with Spark while our competitors were only able to achieve just over 1Gbps the same week."