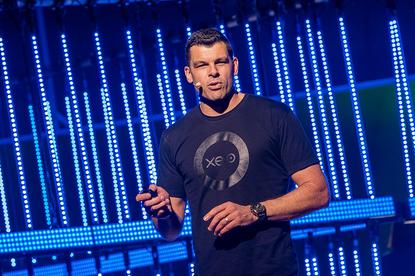 New research flies in the face of business confidence surveys, showing there is a desire for growth among NZ small businesses, with innovation and exporting firmly on their minds.

Nearly two thirds (64 per cent) of Kiwi small businesses surveyed want to expand in 2019, according to an independent study commissioned by Xero.

They are keen to take on more staff, invest in technology, introduce environmentally conscious initiatives, and tap into overseas markets.

However, they say they are being pegged back by difficulties getting finance, initially to start their businesses and then to expand.

The challenges are made tougher by frustrations over stories about business confidence fuelling negativity.

One in four (25 per cent) fear the commentary will become self-fulfilling as businesses put off making decisions that could support growth.

“We need to stop talking things down and focus instead on what will help small businesses to grow,” says Craig Hudson, managing director for New Zealand and Pacific Islands at Xero.

“This research backs up what we’ve been hearing from small businesses all year. They want to become better employers, embrace innovation, and they understand that success lies in their hands, more than on the state of the economy in general,” says Hudson, who shared a similar message at the recent Xerocon in Brisbane.

The survey finds 21 per cent of SMEs would like to improve their environmentally conscious initiatives in the new year, up from 15 per cent for 2018.

Meanwhile, more than a third of respondents would like to upgrade their technologies, with the same percentage wanting to improve product or service innovation in 2019.

Despite this upbeat mood, they feel they are buffeted by pessimistic chatter that can undermine their determination and create nagging doubts, notes Hudson.

One in six, for instance, say negative commentary in the media has impacted how they run their businesses. The younger people are most likely to be influenced: almost one in three 18 to 34-year-olds say it affects the decisions they make.

“Younger entrepreneurs obviously don’t have the same years of experience as older operators, so we need to give them the confidence to back themselves and ignore the chatter,” says Hudson.

“If we can help small businesses do what they want to do, give them the information, tools and support they need, instead of frightening them into paralysis, then the outlook for economic growth is positive.”

Perceptive Research conducted the survey for Xero. Online interviews were open to small and medium business owners and decision makers, surveying a total of 1,029 SMEs.

The survey finds that when it comes to expansion, capital is key, with 60 per cent saying they would be able to grow their business if they had easier access to more funding.

However, there are ways they can help themselves. Xero notes how only around one in three (37 per cent) have a written business plan, which would be a good place to start for business owners with growth on their mind.

The survey finds it is not just loans SMBs are looking for.

Almost half of small business owners would like more funding packages from the government (particularly among 25 to 44-year-olds), while two thirds want more tax breaks (more so for 55 to 64-year-olds).

New Zealand’s economic success is linked closely to earning more from our exports, so it is encouraging that the research found 41 per cent of SMEs want to become exporters, with nearly one in four (23 per cent) hoping to do so within the next five years.

One in ten said they can’t grow without it and a quarter said it was a core part of their business plan.

“It’s fantastic there is a desire among small businesses to sell to the world and as a country we need to find a way to make this happen, as it will benefit all New Zealanders,” concludes Hudson.