OfficeMax's recycling pilot is being supported by major technology vendors 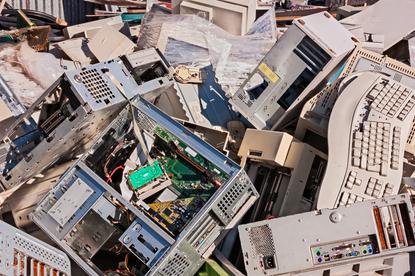 Office supplies chain OfficeMax is launching a service to curb the amount of technology waste heading to landfill in New Zealand.

The pilot program aims to divert thousands of kilograms of e-waste by offering drop-off recycle points at OfficeMax’s 16 retail locations across New Zealand.

According to OfficeMax sustainability manager, Julie Roberts, extensive work has been undertaken to develop the program.

“As consumer habits become more fickle and the turnover of electronic consumables is faster, we’ve seen an increase in the amount of hard waste that hasn’t been recycled or recycled correctly," she said.

The initiative comes amid recent revelations that New Zealanders are among the world’s worst e-waste offenders, producing an estimated 20kg per person each year, according to the International Telecommunications Union.

TechCollect is an extension of the company’s existing recycling offer for used toner and printer cartridges.

ANZRP CEO Warren Overton said it is estimated that up to 50,000 kilograms of e-waste could potentially be recycled that would otherwise end up in landfill.

“TechCollect was developed to capture end-of-life electronics and commit them to a downstream recycling process and, given the ongoing growth in e-waste, will go a long way to achieving a circular economy,” he said

“It’s great to see some of the world’s leading technology brands including Dell, Microsoft, Toshiba, Canon, Epson and HP supporting the pilot program and funding the collection and recycling of e-waste.”

Croxley Recycling will collect and process the e-waste from the OfficeMax stores ensuring regulatory requirements are met.

Metal and circuit boards are separated for recycling, while plastic is sent to local manufacturers to be used in items and materials such as electric fence insulators.