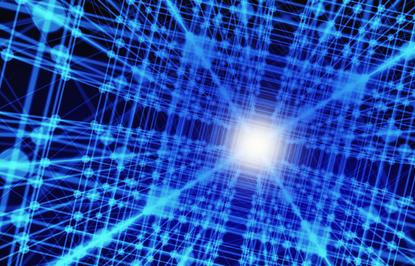 A New Zealand start-up, Open Data Model, claims to have developed a cloud-based metadata repository service that is a fraction of the cost of traditional systems, and that delivers results much faster.

The company's co-founder is entrepreneur Rodger Nixon, best known as a founder of the Christchurch company that created Exsys, an expert system for software development that Gartner called “The first fifth generation language”.

He told Computerworld that Open Data Model's service had been designed to address the problem in large organisations of multiple legacy systems each storing the same data.

"Ninety per cent of resources on Gartner's estimates are going into the maintenance of existing systems, leaving little scope for innovation, what they call digital transformation. And that maintenance burden is getting worse, the average age of legacy systems is growing."

Nixon said a root cause of this maintenance burden was a lack of knowledge of data assets within an organisation.

"The people who knew the systems have all left and they have no documentation on these large complex systems," he added.

Open Data Model, he said, offered a cloud-based service that enables IT to gain control over all the data within their organisation.

"We enable them to map every piece of data across all legacy systems into a single view of that data," he said.

"So when they want to make a change they can go to the Open Data Model where this information is held and can see, for example, that gender is a code that occurs in 30 systems and has this value in one system and that valued in another, and develop a process whereby they can create a single set of standardised values."

He added: "We call it recovering institutional memory; enabling them to get a view of their systems they had when they were first installed."

Nixon said the functions performed by Open Data Model were akin to those performed by a metadata repository, but delivered at much lower cost and with much more immediate results.

"Metadata repositories are very expensive, typically a million dollars, and their resource requirements are huge," he said.

"Our approach is to give you value almost instantly by providing a picture of the important things quickly so you get an immediate return on investment, which is a big difference from the older processes where you pretty much had to complete the whole thing, often years of work, before you got any value."

Nixon said the company had already got its first customer – a large New Zealand Government department — and was hoping to have commercial customers by year-end.

"We had been working with our first customer for some time, and usage is growing," he added. "We are in commercial production and I am now fielding enquires from others, but I am cautious about scaling.

"We are trying to make sure it is robust and easy to use. I think we will make a few more sales in New Zealand by year end and our hope is to release it in Australia early next year."