Is Accenture about to acquire Oracle specialist partner, PrimeQ?

Both parties entered into a Scheme Implementation Agreement in early October 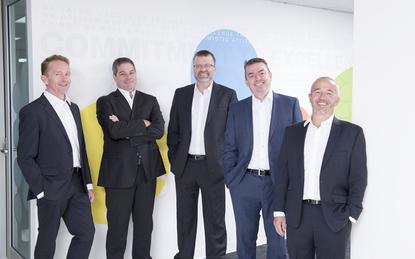 Accenture is exploring a potential acquisition of specialist partner PrimeQ, as the technology giant continues to build out Oracle capabilities.

According to documents supplied in the Federal Court of Australia, both parties entered into a Scheme Implementation Agreement (SIA) on 8 October 2018.

In respect of two inter-dependent schemes, one is relating to ordinary shares and the other to performance shares.

Under the proposed SIA, Accenture will acquire all of the ordinary shares in PrimeQ for a cash consideration of $0.33 per share and all of the performance shares for no consideration, with the Adelaide-based business set to become a “wholly-owned subsidiary” in the process.

But a few deals are seemingly on the table at this stage as both parties continue the negotiating process, with all of the directors of PrimeQ recommending approval of the schemes.

A decision is set to be made on 7 December.

Should a deal go ahead, this would represent the third Oracle-based acquisition by Accenture within the past year, following the buyouts of DAZ Systems and Certus Solutions.

Accenture took control of US-based DAZ Systems in October, which operates as a specialist provider of Oracle ERP Cloud services.

Meanwhile, the business completed the acquisition of UK-based Certus Solutions in May, designed to enhance the provider’s Oracle Cloud offerings in line with digital transformation deployments.

Billed as a key vendor within the provider’s expanding technology practice, Accenture is one of the world’s leading system integrators of Oracle solutions, backed by more than 54,000 consultants and 20,000 Java-skilled professionals.

Leveraging an alliance spanning over 25 years, Accenture operates as a Global Cloud Elite and Platinum level member of the Oracle Partner Network, and is certified as an Oracle Cloud Excellence Implementer.

Speculation of a potential acquisition come 17 months after PrimeQ announced intentions to raise $10 million on the Australian Securities Exchange (ASX), in a bid to kick-off an acquisition-powered pathway to growth.

As reported by ARN, the company, which anticipated a listing price of $0.50 per share, expected to list on the ASX by early 2018, in an initial public offering (IPO) that was likely to value the Australian-based business at around $50 million.

Since its founding in 2015, PrimeQ has built its reputation in Australia and New Zealand through selling, installing and supporting Oracle enterprise software via the cloud, and providing long-term annuity protection for its customers.

The start-up had previously indicated that it was eyeing its public listing in a bid to capitalise on the growing business appetite for cloud-based software solutions, while using the funds raised to kick-start a growth strategy focused heavily on targeted acquisitions.

Even though an IPO has yet to materialise, PrimeQ acquired fellow local Oracle partner, CRMNow in December 2017, as part of a plan for “aggressive growth” in the local cloud marketplace.

With offices in Sydney and Melbourne, CRMNow has made a name for itself focusing on its namesake, customer relationship management (CRM) software, and claims DXC’s Red Rock and PandaDoc as its vendor partners, along with Oracle.

The deal is part of PrimeQ’s self-professed plans to become a “powerhouse” for Oracle Cloud across the trans-Tasman markets.

ARN has reached out to both Accenture and PrimeQ for comment.