Exports are the biggest driver of technology company growth. 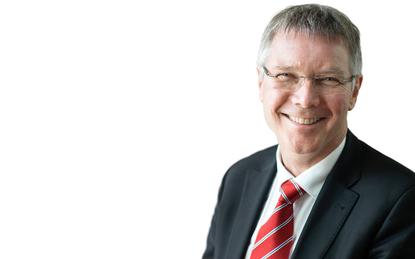 “The government is committed to improving the wellbeing of New Zealanders and one important factor in that is ensuring as a country we use our skills in areas where we have a competitive advantage," Parker said. “It’s great to see technology companies playing a role in this."

The annual TIN Report, released at an event last night, revealed technology is now New Zealand’s third largest export sector behind tourism and dairy, while also ranking as of the country's fastest-growing sectors.

Increased exports, particularly to North America, Australia and Europe, were the major driver of that growth. Overall, exports grew 12.4 per cent in the past year to clock $7.9 billion.

The TIN Report tracks the top 200 technology firms by revenue.

For the first time there are more ICT companies than high-tech manufacturing firms in the TIN200, reflecting the rapid proliferation of high-growth ICT companies over recent years. Furthermore, of the 19 new entries joining the TIN200 more than half were ICT firms.

The TIN200’s high-tech manufacturing and biotech firms also trended above their historical averages, increasing revenue by 8.6 per cent and 13.6 per cent respectively.

The report also showed 10 per cent growth in research and development spending to nearly $1 billion.

“The combination of our 15 per cent R&D tax credit and the $1 billion a year from the Provincial Growth Fund will support these welcome trends,” said Parker, who is also Minister for Economic Development.

The government's policy to encourage investment via R&D tax credits is not without its critics, however. Early stage companies can struggle to take advantage of these because they are almost always loss-making.

TIN200 profitability increased by 38 per cent, according to the report. Success was also spread across the regions, showing successful technology companies are also thriving in provincial New Zealand.

IT services provider Datacom recorded the highest revenue growth of $112.6 million in the TIN group of companies, followed by Xero and Fisher & Paykel Healthcare.

The highest revenue growth recorded by the "Next 100" companies, those ranked 101 to 200 on revenue, went to cloud video platform 90 Seconds, followed by HMI Technologies and Promapp, which was sold offshore earlier this year.

Overall, TIN companies received more than $200 million in offshore investments in the past two years, including $41.2 million dollars invested in 2018. There were eight foreign buyouts of TIN200 firms during the year.