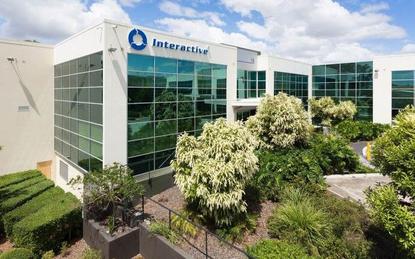 Interactive has appointed Mike Bull as new director of cloud and managed services (CMS) operations, who returns to Australia after vacating his role as country manager of Fujitsu New Zealand.

“We continue to invest in our customers’ success by attracting the highest calibre of staff to our organisation,” said Mal McHutchison, CEO of Interactive. “Mike has demonstrated exceptional customer focus throughout his career and we welcome him to Interactive as we aim to be the most customer intimate MSP in Australia.”

Most recently, Bull was country manager of New Zealand at Fujitsu, and was replaced by Mika Joronen effective 23 October.

“It is an absolute pleasure to return to Australia and join an organisation with the heritage of Interactive,” Bull added. “I look forward to applying my strengths in the delivery of cloud and managed services solutions to Interactive customers as they explore the benefits of multi-cloud in all its forms.

“To be successful in the cloud, customers should first consider a partner who can support them across a variety of platforms as no one platform will fulfil all the business’ needs then they can determine which workload migrates first.”

Following the recruitment of Bull, Adrian Telfer has been appointed as chief technology officer, focused on the future roadmap and technology strategy of the business.

The move comes four months after Interactive appointed Nick Scholefield as chief information officer, joining from investment and trustee group Perpetual where he had been the CIO since November 2013.

Prior to Perpetual, Scholefield was HP's delivery manager for software professional services for almost three years, while also holding several roles during his 12 years with BT Financial Group.

Furthermore, the IT services provider acquired data cleansing and asset disposal specialist, Erase IT, for an undisclosed sum in February.

As reported by ARN, both Interactive and Erase IT have two shareholders in common and have previously directed customers one to the other in an informal manner.

Interactive, who claims to be Australia’s largest privately owned IT services provider, offers business continuity, cloud services and hardware maintenance, the latter accounts for roughly 50 per cent of the company’s revenue. Erase IT will be incorporated into the hardware maintenance division.

The integration will allow Interactive to manage hardware to the end of its lifecycle.

Meanwhile, Erase IT has 650 customers across Australia, according to Interactive, and provides data erasure that meets US Department of Defence and NATO (North Atlantic Treaty Organisation) standards ensuring there is no risk of an accidental data breach.