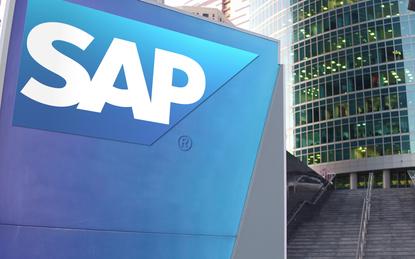 In the software vendor’s native Germany, which accounts for 14 per cent of global sales, only 10 per cent of customers are willing to move core processes into the cloud, according to a survey by the DSAG user group that hosted a gathering in Leipzig this week.

SAP, Europe's most valuable technology company, is trying to accelerate the adoption of its premium S/4HANA cloud suite, which it wants to replace software run on local servers that it plans to phase out by the middle of the next decade.

Achieving scale as a platform company is vital for SAP to expand its margins while weaning itself off the juicy up-front license fees earned on its traditional enterprise planning software used to run finance departments and supply chains.

"We want to reduce both the costs for our customers and the time it takes to implement the new software," Uwe Grigoleit, global vice-president at SAP, told Reuters in an interview on the sidelines of the SAP user conference.

SAP is due to report third-quarter financial results on Thursday. Analysts will be looking to hear an update on its push into sales and marketing where it competes, among others, with cloud-only player Salesforce.

Only 41 per cent of core SAP customers surveyed expect to complete the transition to S/4HANA by 2025, the year the company plans to stop servicing its workhorse Business Suite enterprise software.

The rest want to keep core business processes running on their own servers, DSAG board member Marco Lenck told the conference, cautioning technology providers that they shouldn't force cloud-only products on the market.

"Many users are concerned that cloud services won't cover all their business processes," he said.

S/4HANA, launched in 2015, typically takes between seven and nine months to get up and running. Some 2,100 customers are running the suite live, but a further 34,000 could potentially make the switch, SAP estimates.

"We will need an expanded product offering," Lenck said.