Refurbisher in the ​final stages of entering the Kiwi channel​ 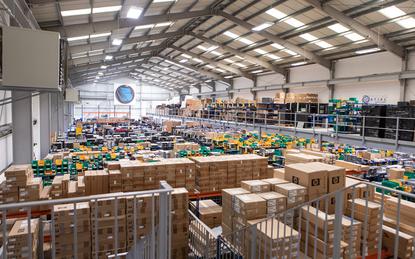 Techbuyer has rolled out a bespoke product database platform amid plans to officially launch in New Zealand, following a “six-figure investment” to update legacy systems.

Reseller News can reveal that the UK-based technology refurbisher is in the final stages of entering the Kiwi channel, which will act as the launch pad for wider Asia Pacific expansion.

Founded in 2005, Techbuyer specialises in buying used data centre equipment - such as servers, memory and storage - and selling new and refurbished IT parts, working with thousands of organisations across 83 countries globally.

From four facilities across the UK, Europe and the USA, the provider has a global inventory of over 225,000 IT parts, including vendors such as HP, Dell Technologies, Intel, IBM and Cisco.

The new software platform is designed to trigger growth plans across Asia Pacific, with a purpose-built facility due to open in Australia by early 2019.

“Our sales business relies quite heavily on one platform, so if we have issues or site downtime, it has a major impact on our bottom line,” said Rich Kenny, IT security manager at Techbuyer. “When it came to replacing our legacy system, we needed to ensure that the new platform was stable and robust.”

“Techbuyer has gone from strength to strength in recent years and it’s rewarding to have created a platform that is facilitating its expansion.”

“We complied an initial list of almost 40 software companies and a shortlist of around five, but what set Audacia apart was its experience in delivering business critical projects in a very stable and measured way,” he explained.

“The team understands global businesses and was agile enough to adapt and respond. We now have a resilient back-end system that will support our ongoing growth.”

During the past two years, Techbuyer’s turnover doubled from £17 million to £33 million, with Chris Pooley - group sales director of Techbuyer - recently relocating from the UK to Auckland.