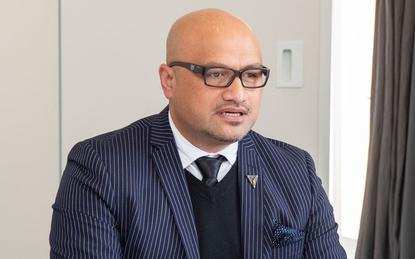 The move sees Va’aelua return to the Kiwi market following nine years in partner-facing roles at Microsoft Philippines, during a wider 14 year career with the tech giant.

Looking ahead, Auckland-based Va’aelua will be responsible for the local management of the Rhipe business, including spearheading the aggregator’s partner ecosystem across the country.

“We recognise the shift toward cloud and subscription-based software will begin to impact business models, profitability and forecasts,” Va’aelua told Reseller News. “Therefore, there has never been a more critical time to have resources available to our channel to walk them through it.

“There’s no shortage of information on what cloud is doing or can do and more so what digital transformation might mean to every industry in the country.

“However, there is a lack of clarity in answering what our customers (and their customers) are asking.”

Consequently, Va’aelua said Rhipe will increase investment “on what matters” in New Zealand, in recognition of a changing ecosystem across the market.

“Rhipe will not spend a single dollar on logistics, warehousing of goods or any of the traditional distribution fare but instead on building avenues to get faster service to our customers and their customers through cloud-based software and value-added services,” he added.

As a result, future opportunities for the channel centre around advocating the benefits of shifting the market from owning software to subscription.

“There’s still a significant opportunity for partners to help their own customer base to simplify their software and services consumption by moving them to the cloud,” added Warren Nolan, chief commercial officer at Rhipe.

“But an even greater opportunity with customers looking for partners that understand how to start that journey. Our mission in the New Zealand market is to eliminate shelf-ware."

Meanwhile, and specific to digital transformation, Va’aelua stressed that “no two customers are alike” in New Zealand, meaning partners must avoid “blanket initiatives” that fail to resonate with the end-user.

“Businesses who are serious about this will look for support,” Va’aelua said. “Partners who get smart on this (if they haven’t already) will win.

“There are some game-changing partners here in New Zealand who are already sharing their offerings abroad in the Asia region and wowing these untapped markets.

“Rhipe’s network across already eight countries creates that opportunity for strong Kiwi partners to be able to proudly “show off” their services and win customers they never would’ve been able even consider in the past.”

The recruitment of Va’aelua comes two months after Rhipe was appointed as a Microsoft indirect cloud solution provider (CSP) in New Zealand, acting on long-awaited plans to turn cloud potential into market reality across the country.

As revealed by Reseller News, Rhipe - alongside Umbrellar - joins an expanding line-up of providers in the Microsoft ecosystem, in addition to Dicker Data, Exeed and Ingram Micro.

“Leaving Microsoft after committing to that vision for over a decade was not easy,” Va’aelua added. “And because I believe in that vision and what Satya [Nadella - CEO of Microsoft] is doing, I didn’t want to stray too far.

“After considering a number of options, I saw some really amazing things happening in Rhipe. I think you’ll be seeing more of the Rhipe brand around - advocating great technology and supporting our amazing IT channel.”