Desktops, notebooks and two-in-ones will overturn seven years of decline 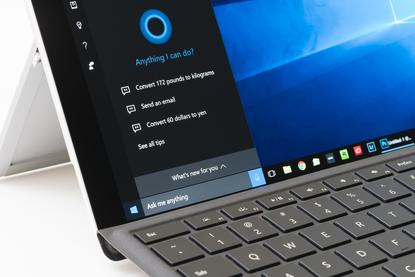 The global PC market will be boosted by a “slight recovery” in 2019, driven by a Windows 10 refresh cycle which will stabilise shipment demand.

And while deployments of desktops, notebooks and two-in-ones will also record minimal growth - of 0.3 per cent - such figures will help halt a seven year decline in the market.

According to Canalys findings, Asia Pacific will be a “key driver” as the industry turns to the region in the face of falling demand in Europe and China.

As a result, the analyst firm predicts that PC shipments to Asia Pacific will overtake those to Western Europe by 2021.

“Windows 10 refresh will continue to be the main driver of commercial demand for PCs in 2019,” said Alastair Edwards, chief analyst at Canalys. “This will be buoyed by strong economic performance and business spend in the United States, the largest PC market in the world, as well as a continued global push to upgrade on the back of heightened IT security concerns.”

For Edwards, 2019 is likely to bring about an “easing of component supply constraints” that have recently "plagued the industry".

“Intel and its partners have admitted that tight supply of 14 nanometer processors will delay PC shipments this year, while DRAM shortages will start to ease toward the end of 2018, with the effects to be felt next year,” Edwards added. “Pent-up demand from this year will boost growth in 2019 as these issues are resolved.”

From a partner perspective, Edwards said the channel has “benefited substantially” this year from Windows 10 refresh in the commercial space, both in terms of product sales but also through “lucrative professional services opportunities” around Windows 10 migration.

“This will continue into the first half of 2019,” Edwards explained. “The reality is, however, that this will not last forever.”

After “impressive commercial growth” this year, Edwards said that maintaining the same level will get harder, particularly toward the end of 2019.

Consequently, Edwards said the most successful channel partners will focus on generating higher-value revenue streams around PCs, not just in consulting.

Specifically, partners can add value in managed desktop and subscription services for applications and security, leading to more profitable business and stronger customer relationships, according to Edwards.

“Asia Pacific will go from strength to strength and gain importance for the global PC vendors in both the consumer and commercial segments,” added Ishan Dutt, analyst at Canalys.

“The booming service industries in the emerging markets of India, Indonesia, Philippines and Thailand will continue to deliver growth for PCs,” Dutt explained. “The start-up culture in these markets has brought SMBs to the fore, with PC vendors moving to offer them OPEX-based models that help control costs.

“Due to the sheer number of such businesses, and their multi-faceted computing requirements, which range from PCs to servers to cloud, the importance of a ‘jack-of-all-trades’ channel partner cannot be understated.”