WLAN revenue increased 3.3 per cent year-over-year during the second quarter 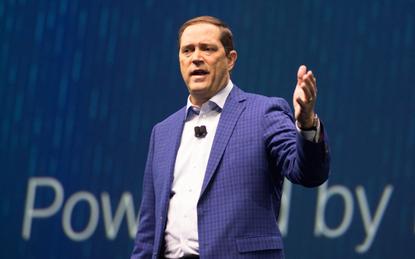 Echoing first quarter figures, WLAN revenue increased 3.3 per cent year-over-year during the second quarter, rising 12.5 per cent sequentially between the first and second quarters of 2018.

Such market share is largely because the Meraki cloud-managed WLAN portfolio remains one of the primary growth drivers for the tech giant.

“The enterprise WLAN market continues to see moderate, steady growth, underscoring the importance of wireless networking for businesses of all sizes around the world," said Brandon Butler, senior research analyst of network infrastructure at IDC.

Meanwhile, ARRIS/Ruckus continued to perform "very well" in 2Q18 and grew 19.3 per cent year-over-year and 1.5 per cent sequentially.

As outlined via IDC research, ARRIS/Ruckus now accounts for 6.7 per cent of the enterprise WLAN market, up from 5.8 per cent in the same quarter of 2017.

In addition, Ubiquiti recorded another quarter of strong growth in 2Q18, increasing 10.8 per cent year-over-year, accounting for 5.7 per cent of the enterprise market in 2Q18, up from 5.3 per cent in 2Q17.

Collectively, the combined consumer and enterprise WLAN market segments rose 1.9 per cent year-over-year in the second quarter with worldwide revenues of US$2.5 billion.

According to IDC, the enterprise segment grew 2.6 per cent year-over-year in 2Q18 to US$1.5 billion.

“Continued demand for network refreshes, digital transformation (DX) initiatives, and increased reliance on wireless networks for engaging with customers are positive indicators for continued growth in the second half of 2018,” Butler explained.

"Beginning late in 2018 and early in 2019 the market will begin to shift toward adoption of the new 802.11ax standard," Butler explained.

Meanwhile, consumer WLAN market revenue increased slightly, up 0.8 per cent in 2Q18 compared to a year earlier, finishing at US$1 billion.

“802.11ac remained a bright spot in the consumer WLAN segment in 2Q18 with revenues increasing 13.1 per cent year over year and shipments increasing 32.8 per cent,” Butler added.

From a geographic perspective, the Asia Pacific (excluding Japan) (APeJ) region grew 3.8 per cent year over year in 2Q18.

Standouts in the region included China, the largest market in APeJ, which grew 19.7 per cent, and India, which increased revenues 17.9 per cent year over year.

“While WLAN is a fairly mature market in the U.S., many regions around the world are expected to increase their investing in wireless technology, which will help fuel growth in the broader worldwide market throughout the coming year," added Petr Jirovsky, research manager of networking at IDC.

“Meanwhile, the coming introduction of 802.11ax will lead to a new wave of refresh cycles for enterprises, providing an expected boost to the market starting later this year or early next year.”