Strategic reset is underway to turn company into an "active wholesaler", CEO says 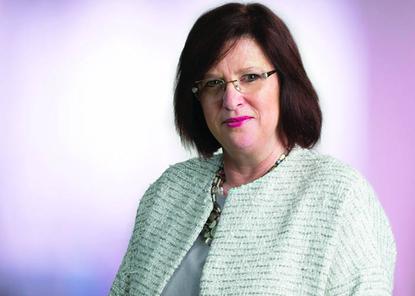 Chorus' 2018 net profit after tax plunged from $117 million to $85 million on the back of lower operating earnings and increased depreciation, the company reported to shareholders today.

Chorus has been weathering an assault from retailers such as Spark and Vodafone pitching their own mobile wireless broadband services to consumers in favour of reselling Chorus' wholesale Ulrafast Broadband service.

Depreciation and amortisation expenses for 2018 were up at $387 million compared with $339 million in 2017, further denting the network company's bottom line.

The strategic changes Chorus started in 2018, which continue through 2019, are focused on achieving the company’s objective of a return to modest EBITDA growth in 2020, CEO Kate MacKenzie said.

“Our return to broadband connection growth in 2018, together with strong forecasts for urban housing development and underlying broadband trends, such as fibre uptake and the demand for streamed video content, give us added confidence in our strategy,” she said.

Chorus has worked throughout the year to assist the passage of a "utility style" regulatory framework through Parliament and is now awaiting a revised Bill for passage into legislation.

"We're looking forward to working with the Commerce Commission on a smooth and timely transition to a framework that aligns the interests of customers and investors through recognition of a fair return on investment," said MacKenzie.

The 2018 results show the company's shift to becoming an "active wholesaler" and concentration on tight cost management, the company said.

"Demand for fibre was stronger than ever, and our ongoing fibre rollout means there are now more than 900,000 homes and businesses with our fibre available at their door," MacKenzie said.

"During the financial year, we completed a record 156,000 fibre installations and this helped grow our fibre uptake from 35 per cent to 45 per cent," MacKenzie added.

Chorus invested $20 million during the year in a project to upgrade copper broadband performance for about 270,000 addresses across rural and local fibre company areas.

The deployment of vectoring and new VDSL broadband electronics saw a more than 40 per cent average increase in download speed for customers already on VDSL and a further 85,000 rural addresses who could benefit from improved broadband performance.

"Investing to promote better broadband that’s already available to many New Zealanders – our role as an active wholesaler – has succeeded in slowing the pace of connection decline," MacKenzie said.

“By June 2018, 64 per cent of our broadband connections were on high performing VDSL or fibre services, up nearly 20 per cent on the previous year.

"In the same time, we've seen the average monthly bandwidth demand on our network grow from 155 gigabytes per customer to 210 gigabytes. For fibre customers this was greater still at 297 gigabytes per month."

The shift to streaming video on demand services has seen peak usage on our network grow by nearly 40 per cent at peak viewing times.

Chorus’ number one operational priority remains a high quality connection experience for customers connecting to fibre for the first time.

“We know we need to make things better if we’re to continue to encourage customers to make the effort to upgrade to fibre,” said MacKenzie. “While customer satisfaction measures improved over the financial year achieving 7.5 we fell short of hitting our target of 7.8 by the end of 2018.

"We need to keep improving our fibre installation process with initiatives like ‘fibre in a day’ for simple installs so we can both increase our productivity and customers’ satisfaction with the experience."

During the year, a "future of TV" trial demonstrated the ability to broadcast live 4K quality TV content, via the fibre network to customers’ TVs.

The network demonstrated that localised, deep network coverage for a sensor network was feasible.