Clare Curran dumped out of Cabinet 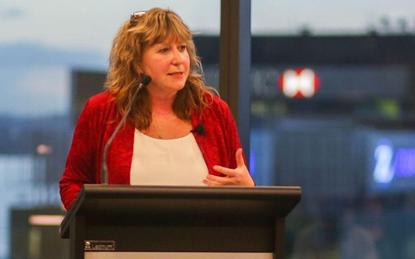 The Minister for all things digital, Clare Curran, has been dumped from key portfolios after revelations of a second undeclared meeting.

Curran has lost her Government Digital Services ministry and responsibility for Open Government after an undeclared meeting in February with tech entrepreneur and "astronaut in waiting" Derek Handley.

The meeting was reportedly about the recruitment of a government chief technology officer, a position which is still vacant after a prolonged and somewhat disjointed recruitment.

Curran did not record the meeting or mention it in a written answer for a question from the opposition, but will remain Minister for Broadcasting and Associate Minister for ACC.

In a statement Curran said:

I omitted to record a meeting with Derek Handley in an answer to a written parliamentary question.

It wasn’t in my diary because it was set up directly between Mr Handley, subsequently a candidate for the Chief Technology Officer position, and I simply forgot about it when the parliamentary answer was sent out.

I have let myself and the Prime Minister down and my resignations today are the consequence of my error.

I am committed to making our government more open and ensuring that creatives and innovators in digital services have a voice at the table. I’m proud of the work I have undertaken.

I will continue to work hard in advancing this Government’s broadcasting and communications agenda.