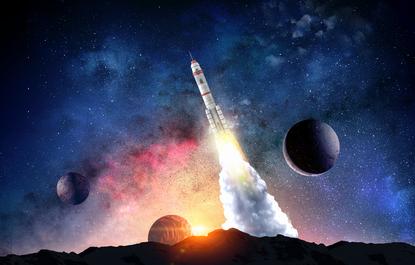 Specialist IBM technology provider Rocket Software has expanded operations in Australia and New Zealand (A/NZ), driven by an increased push through the channel.

Headquartered in Massachusetts, US, Rocket helps businesses in the IBM ecosystem build solutions to modernise and develop applications.

The provider already has a healthy line-up of customers locally, having worked with Qantas, the Department of Foreign Affairs, Northern Territory Government, and NSW Police for almost 15 years.

In response to increase demand for the company’s mainframe and IBM i modernisation portfolio, a “strategic decision” has been made to increase footprint in Australia.

Salyards led the region for BMC Software from 2008 to 2015, and is joined by three senior executives locally.

They include Liam Leaney as new channel lead for A/NZ, joining the provider from VMware, alongside Keith Garelja - formerly a sales manager at IBM Australia - as senior account executive.

Furthermore, Paul Lin has joined as senior channel manager for Southeast Asia, having previously held senior positions at both BT and Cisco.

“Australia has an increasing need to modernise applications as well as leverage the shift toward mobile business, which is why we are excited to expand our involvement with growing companies in this part of the world,” said Salyards.

“We are always delighted to work with forward-thinking customers and partners who want to accelerate growth, especially in today’s increasingly 24/7 global business climate.”

From a channel perspective, Rocket partners with value-added resellers, system integrators and independent software vendors (ISVs), in addition to distribution.