Becoming the “backbone of the enterprise,” the software-defined-WAN market could hit $4.5 billion by 2022 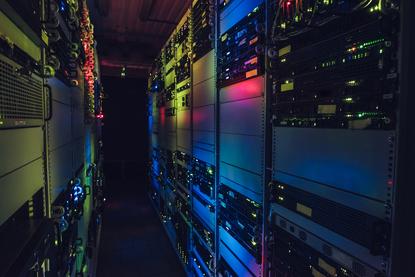 The proof lies in the fact that this segment of the networking market will hit $4.5 billion and grow at a 40.4 per cent compound annual growth rate from 2017 to 2022.

In 2017 alone, SD-WAN infrastructure revenues increased 83.3 per cent in 2017 to reach $833 million, according to IDC's recent SD-WAN Infrastructure Forecast.

A related report from researchers at the Dell’Oro Group predicts revenue from SD-WAN software components, including controller and virtual network functions, will grow almost twice as fast as the hardware components.

Over the next five years, SD-WAN software revenue will grow at a 41 per cent compounded annual growth rate, compared to 21 per cent for hardware.

The speed of SD-WAN adoption is one of the most surprising aspects of the forecast, said Brandon Butler a senior analyst with IDC.

“The SD-WAN market is really in the early stages and we expect to see significant growth through 2022.”

IDC found that as enterprise customers add SaaS and IaaS services they will increasingly look to SD-WAN as a way of “intelligently automating how application traffic is delivered to branch sites, moving away from traditional hub-and-spoke WAN architectures and the backhauling of internet- and cloud-bound traffic to on-premises datacenters toward the increasing use of broadband internet breakout and other network transports  – 4G/LTE and 5G  –  at the branch for cost-effective application delivery.”

Users looking to upgrade and optimise their wide area network for MPLS, cellular and broadband will find it a lot easier to do with SD-WAN, Butler said.

Lowering costs by not having customers buy new hardware and by easily supporting less expensive connectivity, either via the Internet, Ethernet or LTE are important potential benefits of SD-WAN.

“With the increased use of multi-cloud services especially, the WAN is really becoming the backbone of the enterprise.”

IDC offered up a number of other reasons SD-WAN technologies are heating up, including analytics and management.

Network infrastructure vendors are increasingly introducing analytics capabilities such as performance benchmarking and user analysis that can lead to more informed deployment and security decisions.

These visibility, analysis, security and optimisation tools are increasingly being applied to SD-WAN products, IDC wrote.

While LAN and WAN networks are still largely managed separately, IDC expects in the coming years that some networking vendors will focus on integrating management of these environments, either through building out their own offerings or partnering with others, IDC wrote.

As customers adopt SD-WAN technologies there issues that could cause some trepidation.

“A lack of consistent pricing structures could slow SD-WAN adoption. Vendors’ pricing and feature sets vary widely, and this makes it difficult to assess the economic value of solutions,” Dell’Oro‘s Umeda said.

“Also, the large software component of SD-WAN shifts spending to a long-term recurring operating expense from a one-time capital expense.”

Another issue is security. Users need to make sure what’s being offered by specific vendors and evaluate their requirements.

"This capability is just one example of the improved security that can be provided with advanced SD-WAN implementations.”

Umeda said that as he definition of SD-WAN is evolving, security is becoming a requirement. “Because many SD-WAN users rely on unsecure Internet connectivity, integrated security is needed to ensure traffic protection," he said.

“By including security tools natively in networking platforms, networking vendors are shaking up buyer dynamics by essentially forcing network decision makers and security decision makers to be on the same page from early in the network infrastructure procurement process," IDC wrote.

"While only a portion of vendors offer these solutions today, IDC expects this number to grow steadily in the coming years."

According to IDC, Cisco holds the largest share in the SD-WAN market. Cisco's market share stood at 49.3 per cent in 2017, down from 63.1 per cent in 2016. In August 2017 Cisco purchased Viptela, which was one of the leading SD-WAN start-ups.

VMware, meanwhile, comes in second with a 10.4 per cent SD-WAN marketshare in 2017, up from 7.8 per cent in 2016, according to IDC, which noted that the company purchased VeloCloud in December 2017 when it was one of the larger pure-play SD-WAN start-ups.

"With VeloCloud now rolled into VMware, the company is working toward offering an integrated multi-cloud networking platform that spans NSX network virtualisation in the data centre(s) and extends out to VeloCloud in the branch and remote office, which the company has rebranded VMware NSX SD-WAN,” IDC said.