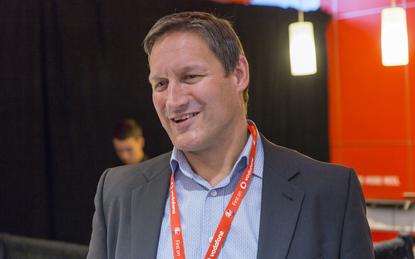 The Commerce Commission has handed out 10 charges against Vodafone in New Zealand, alleging false representations in invoices sent to customers.

Charges were filed in Auckland District Court under the Fair Trading Act and cover the period from 1 January 2012 to 1 January 2017.

The Commission alleges that, having agreed with a customer to terminate their service part-way through the next month, Vodafone then sent an invoice that included charges for the entire next monthly billing period.

As a result, the Commission alleges that Vodafone misrepresented its right to payment because its customers only owed payment for the services provided prior to the agreed termination date.

The matter will be called in the Auckland District Court for the first time on 11 September 2018.

In response, Vodafone said the “historical billing issue” arose for a group of broadband customers who gave notice they wished to terminate their service with Vodafone on a specified future date.

According to Vodafone’s version of events, some customers were then charged for their services to the end of a subsequent billing cycle, rather than to the end of their notice period.

“We are disappointed by the Commerce Commission’s decision to prosecute,” said Russell Stanners, outgoing CEO of Vodafone in New Zealand. “We have had an ongoing dialogue with the Commission throughout their investigation, and they have acknowledged our cooperation. The billing errors in question were unintentional.”

To rectify the error, Stanners said the business launched an “extensive and pro-active initiative to put things right” by tracking down customers, refunding credits and donating the balance to charity.

“We have made process and technical changes to avoid repeats of this issue going forward,” Stanners explained. “Taking all of this into account, we hoped the Commerce Commission would opt for one of its other enforcement tools, rather than costly court proceedings.”

Stanners claimed that the errors were due to a combination of “unintentional system and human errors” which Vodafone has "since resolved".

Specifically, Stanners said Vodafone undertook a “detailed and extensive” project to identify all current and former customers affected by this issue, applied credits to their accounts, and issued refunds.

Further, the company engaged an external agency to help track down former customers whose contact details may have changed since they left in an effort to ensure they received their refunds.

“We generate over one million invoices for our customers every month,” Stanners added. “Ensuring they are accurate is an absolute priority for our business, which is what our billing experience team is focused on every day.”