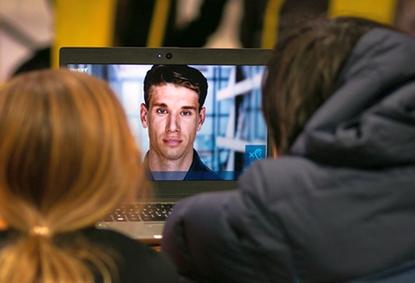 Will is being trialed in Vector's "Be Sustainable with Energy" schools program, which is offered free to schools within Vector’s Auckland electricity network.

Will can interact with children from a desktop, tablet, or mobile, and helps them to learn about renewable energy such as geothermal, solar, and wind. He also challenges kids by asking questions on their renewable energy knowledge

Will uses Soul Machines’ Artificial Nervous System - an autonomous animation platform that is modelled on the way the human brain and nervous system work – to bring his digital human face and persona to life in a human-like way..

Soul Machines' chief business officer, Greg Cross, said education is going to be one of the breakthrough applications for Soul Machines’ technology as digital teachers have the potential to democratize the delivery of education to students everywhere, particularly those in remote communities, and help address growing global teacher shortages.

Some, however, are already predicting AI will go further than easing shortages, suggesting they may replace teachers altogether.

“Creating one of the world’s first digital teachers has been one of the company’s most exciting assignments," Cross said. "The opportunity to see digital interactions with children in the classroom has been a fantastic part of this project with the next generation of Vector’s users."

”Vector's work with Soul Machines is a very effective use case as an education tool for kids around renewable energy and creating a new energy future," he said.

“What was fascinating to me was the reaction of the children to Will. The way they look at the world is so creative and different, and Will really captured their attention."

The Vector education program was launched in 2005 and has since educated more than 125,000 children.