No room for Alibaba Cloud in revamped line-up 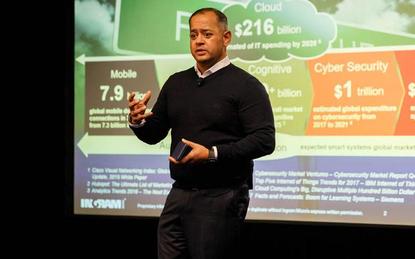 Ingram Micro will add the capabilities of Amazon Web Services (AWS), Google and IBM to its CloudBlue marketplace, as part of plans to provide cloud choice through the channel.

In addition to Microsoft Azure - a foundational partner upon launch - the distribution giant expects to add the remaining hyper-scale cloud providers “soon”, without detailing a specific time frame.

“They are all coming,” said Nimesh Davé, executive vice president of global cloud at Ingram Micro. “Our strategy is multi-cloud, it’s not around one specific vendor.

“We want to be agnostic which means that the four cornerstones of our strategy centre around Azure, GCP, AWS and IBM Cloud. In the end, you have to provide an environment that offers choice.”

Revealed to Channel Asia during Ingram Micro One in Singapore, Davé ruled out the addition of the next biggest player in the market, in the form of Alibaba Cloud.

“There will be no Alibaba Cloud,” he confirmed. “We don’t see Alibaba Cloud as a player outside of the China market.”

The commitment comes as Ingram Micro continues to peel back the layers of CloudBlue, an independent software division designed to help service providers build, scale and monetise cloud and digital services.

CloudBlue is the product of almost a decade of investment - surpassing $500 million - by the distributor, backed up by six strategic market acquisitions, including Odin Automation Platform and Ensim Automation Suite.