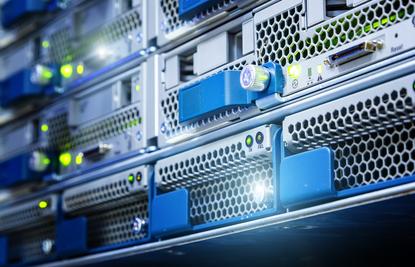 A senior executive at VMware has criticised the recent acquisition of desktop-as-a-service (DaaS) specialist Frame by Nutanix, insisting the industry rival is “copycatting”.

Revealed via Twitter, Sanjay Poonen - COO of VMware - responded to the agreement through a tweet insisting that Nutanix was late to the game, while also slamming fellow market competitor Citrix.

The social media outburst triggered a diplomatic response from Nutanix, which insisted: “We’re on the same page as our partner, Citrix”.

However, Citrix responded more enthusiastically, tweeting: “He’s at it again; bless his heart.”

The public display of criticism was in response to news that Nutanix has entered into a agreement to acquire Frame, a specialist in cloud-based Windows desktop and application delivery.

“Companies desperately need a cloud-native desktop solution for their multi-cloud environments which combines the performance of on-premises offerings with the flexibility and cost optimisation of the cloud,” said Nikola Bozinovic, founder and CEO at Frame.

“That’s why we built Frame. Nutanix shares our vision of simplifying critical IT functions so companies can save money, save time and still achieve exceptional performance no matter their underlying infrastructure.”

According to Bozinovic, Frame is the only global, infrastructure-independent platform built to deliver Windows applications from the cloud.

“Frame’s cloud-native technology represents everything we believe to be true in the market - customers want easy-to-use, high performance and cost optimised solutions that just work across the entirety of their infrastructure,” added Sunil Potti, chief product and development officer at Nutanix.

“We are committed to providing our customers with a robust multi-cloud DaaS offering through Frame while working with our partners to enable best-in-class enterprise VDI [virtual desktop infrastructure].”

According to IDC research, the DaaS software market is forecast to grow to US$2.99 billion in 2021 at a growth rate of 32.1 per cent.