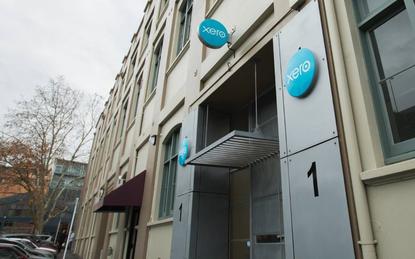 The New Zealand-founded business will pay for the acquisition in two stages, initially US$60 million consisting of 35 per cent cash and 65 per cent in Xero equity.

The second stage consists of US$10 million in equity to be issued to Hubdoc’s shareholders in 18 months, subject to meeting agreed operational targets and conditions.

Hubdoc has been a Xero ecosystem partner since 2014 - the company was established in 2011 and it is present in the US, Canada, the UK and Australia.

“The acquisition of Hubdoc enables us to take the next step in delivering a platform that seamlessly connects small businesses with their financial data, and their accountants and bookkeepers," Xero CEO Steve Vamos said.

"This acquisition accelerates our ability to streamline the collection and classification of the data small businesses and their advisors need in order to focus on driving better business outcomes.”

Hubdoc will continue to operate on a stand-alone basis within Xero, led by co-founders and co-CEOs Jamie McDonald and Jamie Shulman.

"Over the past four years, Hubdoc has built an industry-changing product, a passionate following of customer advocates and a reputation for an authentic, human service," McDonald and Shulman said.

"What is exciting about this transaction is the opportunity to deeply partner with Xero in its mission to rewire the global small business economy."

The transaction is expected to be completed in August 2018.

Xero expects transaction and integration costs, together with continuing investment in Hubdoc’s growth, will reduce Xero’s EBITDA (earnings before interest, tax, depreciation and amortisation) in FY19 by approximately NZ$7 million.

In March, Xero announced that founder Rod Drury was going to step down from his role as CEO of Xero, with former Microsoft Australia and New Zealand vice president, Steve Vamos, named as his replacement.

“Steve understands our business and has helped build our global leadership team he has strong relationships with each of them,” Drury said at the time.

Earlier in the year, Xero rolled all of its publicly-listed shares onto the Australian Securities Exchange (ASX), formally withdrawing from the New Zealand Stock Exchange (NZX).

The move comes around three months after the New Zealand-founded cloud accounting provider confirmed it would delist from the NZX and consolidate its listing to the ASX.