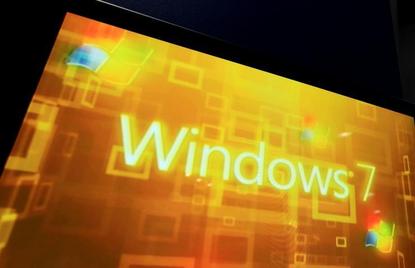 About 184 million commercial PCs - in small- and mid-sized businesses, in large enterprises and in government agencies - are still running the quickly ageing Windows 7, according to Microsoft.

That number included all markets except for China, the company said, with the largest percentage - one in four PCs, or approximately 46 million - in the U.S.

Microsoft's number is just a fraction of the latest estimates of Windows 7's pervasiveness calculated by Computerworld using share data; that calculation pegged Windows 7 global consumer and commercial footprint at around 709 million PCs.

The commercial side of that 709 million would be approximately 390 million using the long-accepted 55 per cent-45 per cent ratio of commercial/consumer PCs.

Yet even that reduced number would be more than twice Microsoft's mark, leaving one to wonder if China had more than 200 million Windows 7 PCs, or if Computerworld's figure was out in left field.

Presumably, Microsoft's number is the most accurate, as it was based on machine-to-Microsoft telemetry.

Microsoft brought up the 184 million Windows 7 PCs earlier this month during its Inspire conference, where the Redmond, Washington firm touted the partner opportunities during the home stretch of the Windows 7-to-Windows 10 migration.

Windows 7 is slated to drop off support 14 January 2020. After that date, no security updates will be provided.

In other words, most customers have just 18 months to get off Windows 7 and onto a newer operating system - Windows 10 is really the only choice - or risk leaving systems un-patched and thus at risk of hacking and exploitation.

Many businesses have already shifted to Windows 10, Microsoft claimed. Among the other statistics it trumpeted at Inspire, Microsoft said that there were 200 million commercial Windows 10 active monthly devices worldwide, or slightly more than those still on Windows 7 (excepting the massive Chinese market).

Nearly two-thirds of those machines were older than five years old, Microsoft said, a potential gold mine for partners bundling new hardware, software and services for customers eager to deploy Windows 10.