Rhipe sees strong growth across subscriptions and licensing in FY18 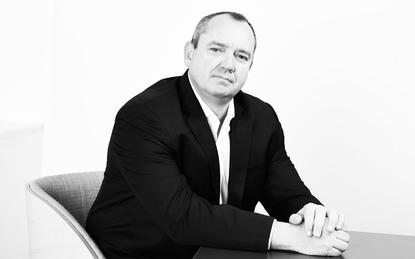 Rhipe has experienced strong growth across licensing and solutions leading to a revenue increase of 25 per cent to $196.6 million, while operating profit grew 54 per cent to $7.8 million in the distributor's unaudited 2018 financial year results ending June 30.

Licensing revenue from customers in Asia grew at 70 per cent year-on-year, the Melbourne-based business noted.

The strong results were further backed by revenue growth in its public cloud business under the Microsoft CSP program, where Rhipe has now doubled the amount of seats from the previous year, amassing more than 260,000 in the process.

As a result, this has led to annual recurring revenue in excess of $42 million – up from $22 million in FY17, stemming from licenses sold under Microsoft CSP, including Azure.

The distributor also had a cash balance of $22.7 million after dividend and share buyback costs of $3 million and an investment of $2.4 million in its recurring subscription management platform, Prism.

Due to the strong cash position, Rhipe has also announced its first final dividend of 1.0 cent per share.

"The strong performance is driven by the hard work of the whole rhipe team,” Rhipe CEO Dominic O’Hanlon said. “The increase in profitability follows a number of years of investment in our Asian footprint and in our public cloud programs including Prism.

"Rhipe’s investments and our performance in FY18 now provide a strong foundation going into the next financial year."

Audited results will be announced on 20 August.

The announcement comes days after the distributor became one of the first providers to integrate its Prism portal onto the Cloud Ctrl platform.

With this integration, Rhipe partners can now view all their public and CSP subscriptions in one place.

The financials also follows the distributor's recent appointment as a Microsoft indirect CSP in New Zealand, acting on long-awaited plans to turn cloud potential into market reality across the Kiwi channel.

As revealed by Reseller News, Rhipe - alongside Umbrellar - joins an expanding line-up of providers in the Microsoft ecosystem, in addition to Dicker Data, Exeed and Ingram Micro.