HealthAlliance award spotlights the core functions of IT service

Behind the scenes IT work often goes unrecognised, but it lays the foundations for strategy and transformation 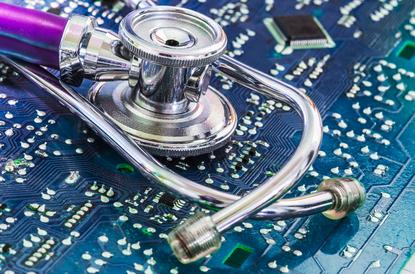 It's the core of IT service - keeping systems, running, stable, available and secure - but it's not flash and too often it goes unnoticed.

It's often referred to as "business as usual" but it's vitally, crucially important.

That is especially true in the health sector and why it was refreshing to see such work come out of the shadows last week when general manager of strategic engagement and enterprise stabilisation Kevin Robinson and the HealthAlliance stabilisation programme team collected a top award from IT Professionals NZ.

"Implementing a vast IT upgrade across the four Northern DHB's and providing continuity in healthcare to 1.8 million New Zealanders posed enormous challenges for Kevin's team," the judges said.

"In this broad based project, 330 HealthAlliance staff worked in partnership with their DHB partners to integrate legacy data, multiple platforms and rapidly changing healthcare technologies with a clear vision and great practice."

Reseller News decided to look a little deeper. According to HealthAlliance's 2017 annual report the three-year programme of work was approved in March 2017 and first-year milestones were achieved.

"The unfavourable result is primarily attributed to the high volume of outages in critical systems (e.g. WebPaS and Concerto; both of which have since undertaken significant upgrades), deferral of investment in anticipation of 'as-a-service' options, and the continuing growth in the number of applications and age of infrastructure," the report stated.

However, the total number of incidents for IT applications and infrastructure within the scope of the Stabilisation Programme plunged from 163 per quarter in the third quarter of 2016 to average 64 in the fourth quarter of 2017.

Robinson and his team "made huge inroads into ensuring the core IT backbone of the biggest health IT enterprise in New Zealand remains stable, reliable and highly available for the continuity of critical 24/7 health services," their award nomination stated.

"One of their biggest challenges was implementing regional solutions across traditionally separate legacy ICT environments in a fiscally constrained sector with high availability.

"Everything must be carefully considered against local, regional and often national priorities.

"Another constant challenge is balancing the strong demand for innovative new clinical IT services with the risk profile of each organisation in the region, and the underlying sustainability of the infrastructure platforms to enable and support it."

In the process, the team also laid the foundations for transformational programmes and digital health innovations.

Highly anticipated new clinical mobility initiatives and other digital health innovations have begun to emerge across the region as a result of the team’s behind the scenes work.

"This includes enabling time-saving ‘point-of-care’ digital devices for clinicians and the introduction of new electronic processes that are eliminating traditional clip boards and paper on the wards of many of the region’s major hospitals, improving efficiency and reducing error rates along the way," the nomination stated.

Through working with clinical customers, significant results were also delivered in a relatively short time.

"Service levels have improved by 25 per cent, operational costs have been reduced, and service interruptions on legacy systems have been reduced by 60 per cent across all four DHBs: Northland, Waitemata, Auckland and Counties Manukau," the nomination added.

But the wins did not come easily.

The Northern Region DHBs have a combined payroll of 26,500 staff providing primary, secondary and tertiary healthcare services to a population of 1.8 million.

It is a vast and highly complex environment and the project involved as many as 330 HealthAlliance staff in partnership with their DHB customers.

"In 18 months they have completed an impressive 186 projects, with a further 46 set to be delivered this year," the nomination added. "These range from small changes at single sites to complex, large scale, multi-DHB initiatives.

"All of them centre on one goal: giving clinicians the systems and information they need – safely, securely, and wherever and whenever they need them - to deliver the best possible health outcomes for the people in the region."

Robinson said the award is recognition for the "important work" the team is doing for DHBs and their patients across the Northern Region.

"The programme has involved many people and teams not just in IT at HealthAlliance but right across the organisation and also at our customer sites, so this award reflects a truly regional team effort," he said. "We are all enormously proud of this national recognition."