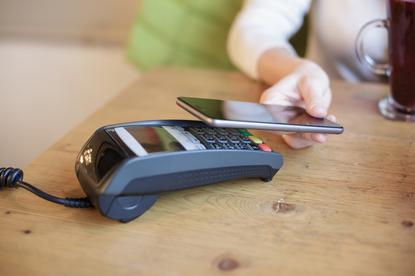 In a letter released today, the competition regulator said it was not convinced the merged entity would not be able to foreclose rival terminal suppliers, harming competition for merchants seeking terminals or those seeking a solution that integrates a terminal and a digital payment service.

"In reaching the preliminary views set out in this letter, we have considered information provided by Ingenico, Paymark and the vendor banks as well as information gathered from industry participants," the regulator said.

"The Commission has not yet made any final decisions on the issues below (or any other issue) and our views may change, and new competition issues may arise, as the investigation continues."

Paymark is owned by the Big Four Australian-owned banks - ANZ, ASB, Westpac and BNZ - who announced their intention to sell the company to Ingenico in January.

Paymark is the main supplier of switching services in New Zealand, while also providing digital payment services but does not have a payment terminals business.

"The main structural change that would arise from the merger would be the vertical integration of Paymark with Ingenico, a major New Zealand supplier of payment terminals," ComCom's letter, which contains some intriguing redactions, said.

"The key concern we are testing at this stage is whether the merger would give the merged entity the ability and incentive to use its position in the supply of switching services to make it more difficult or costly for its rivals to compete for the supply of terminals (either at the wholesale or retail level of the market or both).

"This could have the effect of harming competition, both for customers seeking only terminals and those seeking an integrated terminal and digital payment service."

One key issue is Ingenico’s proposed market definition, which includes the two main types of transactions that need to be processed in New Zealand.

"Ingenico submitted that there are two full capability switch providers in New Zealand: Paymark and Verifone," the regulator wrote.

"Paymark has agreements with around 50 card issuers and merchant acquirers. Our view is that Verifone does not currently have the same capability as Paymark for either S2I or S2A transactions."

ComCom said it was considering a market definition that is narrower than Ingenico proposed, indicating it was concerned the combined Ingenico/Paymark might shift payments off the Eftpos system, which is already under pressure from credit card-based contactless services.

"It is more difficult to build the capability to process S2I transactions (which requires links with a large number of card issuers) compared to building S2A links (which requires only building to a merchant’s acquirer bank)," the regulator explained.

"At present a large proportion of payments in New Zealand (around 70 per cent by number of transactions) are S2I transactions.

"Only Paymark has the capability to process S2I transactions independently. We are considering the extent to which merchants and/or banks could move customers from payment types that use S2I to those that use S2A."