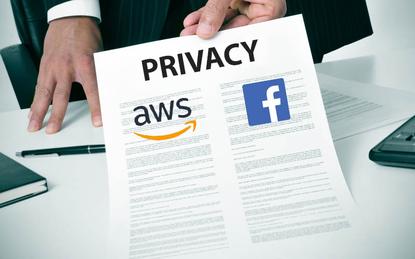 Local companies are also having their say, including one ICT service provider calling for the EU's "right to be forgotten" to be adopted in New Zealand.

Facebook, which thumbed its nose at New Zealand law and its Privacy Commissioner earlier this year and is also in the midst of a privacy scandal of its own over dubious data sharing practices, is encouraging Parliament's Justice Committee to consider the Privacy Bill in the context of the "global and interconnected nature of online services and the platforms".

Facebook is encouraging the Committee to ensure the new breach notification regime is comparable with other offshore schemes, such as that in Australia, so organisations that have already developed processes and procedures can adopt a uniform approach in the event notifications are needed.

"This includes the threshold for when notifications are needed," Garlick said.

"We welcome the introduction of a mandatory requirement to notify for data breaches that result in serious harm, and suggest that the Committee may wish to amend the Bill to include relevant circumstances that should be taken into account in establishing whether serious harm to an individual has resulted."

The social media giant said references to “loss”, “damage” or “injury” may set the threshold for harm too low, when compared with other mandatory notifications schemes, resulting in ambiguity or "over notification".

"Excessive notification of minor breaches may dilute its value overall - people may become accustomed to receiving unnecessary breach notifications, that they may come to ignore genuinely harmful breaches and not be prompted to take remedial steps," the submission added.

Facebook submits that Australian law limits notification to breaches likely to result in "serious harm", which is assessed holistically according to a set of “relevant matters”.

"Other common features are that only breaches affecting more than a statutorily prescribed number of individuals or certain specific forms of personal data must be mandatory to report – and within a reasonable time frame which permits sufficient fact-gathering, investigation, and mitigation," the submission stated.

Simon Edwards, head of public policy for AWS New Zealand said the vendor is broadly supportive of the "overall thrust" of the new Bill but draws the committee's attention to particular issues cloud service providers (CSPs) such as AWS will face with the data breach notification regime.

"These challenges, if not addressed, could negatively impact the ability of CSPs to deliver cloud services to New Zealand businesses and through them to New Zealand consumers," Edwards wrote.

These challenges can be addressed by "targeted changes" to the Bill, AWS said, some of which should clarify who is responsible for the protection of personal data.

That responsibility should lie with the person with both the ability and the incentive to take action to protect such information, Edwards added.

Furthermore, AWS said the company supports the view of the Law Commission that that person should be the person that directs or initiates the information collection.

When AWS initiates such collection it should be responsible, the submission said, but when it is a client using its infrastructure, that responsibility should lie with the client.

"This means that while AWS manages security of the cloud, security in the cloud is the responsibility of the customer," Edwards wrote.

This is because AWS has no visibility over the data or control over the client operating systems and security systems installed on its platform.

"Cross-border data flows are not only a factor of increasing connectivity and globalisation but an essential component of their emergence," Facebook submitted.

"Without cross-border flows, users would only be restricted to the few services provided by their local service providers though more affordable or better services may exist from providers abroad.

"As such, cross-border flows have not only enhanced consumer choice and interest, but also cross-border investments and information flows."

Facebook is, therefore, encouraging Parliament to safeguard and facilitate the free flow of data if it decides to prescribe rules regarding the protection of personal data transferred abroad.

"We would support amending the definition of 'notifiable privacy breach' to include a materiality threshold, similar to Australia," the company said. "A privacy breach will, in most cases, cause a degree of loss, of some description, to the individual.

"But not all privacy breaches should be notifiable. An individual may suffer more harm as a result of notification, particularly in situations where the likely harm arising from the breach is not serious."

Chorus said a definition of notifiable privacy breach that includes a materiality threshold similar to that in Australia would provide a "more appropriate notification trigger" without impacting an individual’s right to privacy.

Meanwhile, Wellington-based ICT service and cloud provider Catalyst IT said the Bill does not go far enough and needs to be aligned with the European Union's General Data Protection Regulation (GDPR), including a "right to be forgotten".

"We believe that the Bill represents a good opportunity for New Zealand to position itself as a privacy-affirming jurisdiction," the company stated.

"By enacting privacy regulation that is comprehensive, emphasises the rights of data subjects and is easily enforceable, New Zealand can present itself as a jurisdiction where privacy and data protection matter.

"The ability to trade on an internationally recognised high standard of legislative protection would represent a significant competitive advantage to New Zealand companies, especially in the information technology sector."

The company supports additional regulations suggested in a 2016 report by the Privacy Commissioner including  data portability as a consumer right; controls on the risk that individuals could be re-identified from anonymised data; increased civil penalties for non-compliance; giving the commissioner power to require agencies to demonstrate compliance.

In addition, Catalyst IT advocates two key elements of the GDPR be incorporated into New Zealand Bill: a requirement for agencies to adopt the principle of privacy by design; and the recognition of the right of data subjects to be forgotten.

"The Bill, as currently worded, is a good start," Catalyst argued. "However, without some significant changes along the lines of those proposed in this submission, it would amount to a relatively insignificant reform falling well short of the standards of privacy protection that exist in jurisdictions comparable to ours."

The full list of submissions and documents can be found here.