What are the most in-demand tech skills in Auckland? (and how much are they paying) 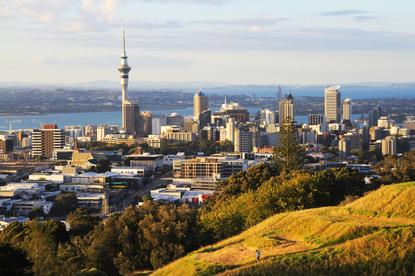 Project management, software development and digital are the most in-demand skills in the Auckland technology market, as the city continues to fight for talent.

Backed up by specialist capabilities across networking, infrastructure and business analysis, the City of Sails has been ranked as the “fastest-moving” and "most dynamic" in the country.

“Project management and software development are still the most sought-after skills from IT employers, as they have been for the past few years,” a 2018 Auckland Report, commissioned by Absolute IT, stated.

“But we have a new contender that makes it into the top three in Auckland - digital skills.

“This comes as no surprise as we are seeing a strong demand for digital skills from employers across New Zealand, and we expect this trend to continue as digital continues to impact the world.”

According to findings, a median base salary rate of $93,500 for technology professionals currently exists in Auckland, 3.7 per cent above the national average of $90,000.

“Auckland continues to be one of the best destinations for IT techs as it offers competitive salary rates and has cutting edge tech companies operating within its borders,” the report stated.

Findings align with a recent Grow North Report from TIN, which found that north Auckland is home to 20 per cent of the country’s highest revenue-generating technology export businesses.

“For all its drawbacks of busy traffic, parking headaches and the high cost of living, Auckland still shines as an IT destination of choice for many IT techs in New Zealand and attracts IT talent from across the globe,” the report added.

On the flip side, the main reason why technology professionals accept a new role in the city is largely - and somewhat unsurprisingly - due to a better salary package (30 per cent), in addition to more challenging work (23 per cent) and development opportunities (20 per cent).

The report also suggests that employers and employees are on the “same page” with regards to salary increase expectations in technology.

In 2017, 78 per cent of IT employers in Auckland paid salary increases.

A total of 28 per cent of professionals receive benefits as part of their salary package, including flexible hours (45 per cent); mobile phone allowance (42 per cent) and subsidised health care (31 per cent).

Other key factors include car parking facilities (30 per cent) and paid training options (26 per cent).

From a gender perspective, the current make up of the Auckland market consists of 86 per cent male, and 14 per cent female.