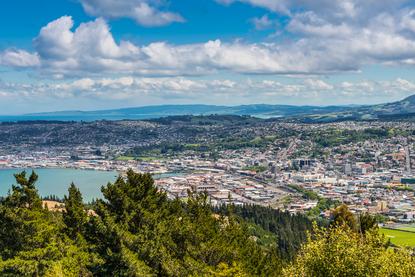 Chorus has officially completed the Ultra-Fast Broadband (UFB) build in Dunedin, two years ahead of schedule.

The completion of the fibre build in Dunedin follows the city’s Gigatown win in 2014 and coincides with the completion of Chorus’ first phase of UFB in the South Island.

“This huge programme of work means a lot for Dunedin and the South Island by providing them with all the benefits of world-class connectivity,” Chorus CEO Kate McKenzie said.

“There are nine major towns and cities encompassing more than 150,000 households which are now able to connect to world-class fibre broadband in the South Island.”

McKenzie said there are more than 12,000 gigabit connections in Dunedin, with fibre running down around 1,500 streets, passing nearly 53,000 households.

At this stage, about 50 per cent of Dunedin homes and businesses have connected to fibre.

“We’ve come a long way since the gig service first went live in Dunedin in February 2015,” McKenzie added. “The fibre build is complete two years ahead of schedule as promised, and Dunedin is now among top cities in the world for broadband performance.

“This is a huge milestone and we’ve already seen some great initiatives born as a result of the work that has been underway since 2015.”

As part of Dunedin’s Gigatown win, 33 local start-up businesses and community initiatives were given a share of $700,000, designed to support growth and development.

“Dunedin has come a long was on its journey to leading New Zealand in broadband performance,” McKenzie said. “Since 2015, the people of Dunedin have truly embraced their gig win.

“Gig connections have gone up five-fold, and average speeds are surpassing those of some the world’s most productive hubs.

“Dunedin as a city, should be proud. I am looking forward to seeing how Dunedin continues to use this world-class technology.”

Looking ahead, Chorus is currently working on the roll out of fibre under UFB2 and 2+ which will see UFB to some 150 additional towns in the South Island by 2022.

“Dunedin has embraced its opportunity to be New Zealand’s first GigCity with a strong network of new tech companies in the start-up space, alongside some exceptional community projects based around gig technology,” Mayor of Dunedin Dave Cull added.

“The Chorus end of build marks the next stage for Dunedin – we have the infrastructure, the people and the passion to continue on our journey towards becoming a smart city of the future.”