Microsoft will send a message to the Kiwi channel this week 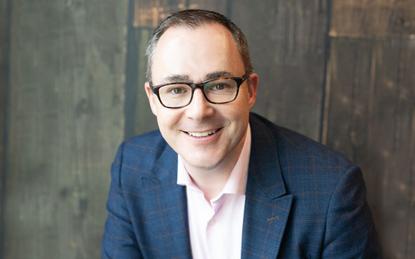 More than 650 years of combined technology expertise will be on show in Auckland this week, as the industry prepares for the 2018 Microsoft Partner Awards in New Zealand.

From established providers to emerging start-ups, the revamped awards will recognise innovation in the context of the customer, delivered through the inventive use of Microsoft technology.

In reducing the categories from 26 to 11, the focus has shifted towards customer-centric solutions, spanning categories which include Cloud for Good; Engaging Customers and Modern Workplace.

This year sees a wide-ranging line-up of finalists, from a 12-month-old business to veterans of industry, and everything in-between.

And of course distribution, in the form of Dicker Data, Exeed and Ingram Micro.

Collectively, the class of 2018 represents arguably the most diverse line-up in the history of the awards, acknowledging creativity while rewarding longevity.

The overhaul represents something much deeper than merely a refresh however, Microsoft is sending a deliberate message to the New Zealand channel.

Even take the aesthetics, in that for the first time since launching in 2008, the awards will not be a black-tie affair - there won’t be a sit-down three-course meal in sight.

To be held at Shed 10, rather than a somewhat dated hotel, the clientele now making up the Microsoft ecosystem prefers jeans over suits, sneakers over shoes and informality over ceremonial.

In truth, there’s a place for both in the industry today, but this is a new-look Microsoft trying to fit into a new world of creators and builders.

While Reseller News editorial doesn’t claim to be New Zealand’s leading interior design experts, nor does it possess a rich knowledge of cocktails and canapés, some industry changes are too blatant to miss.

In fact, editorial knows the difference between funky stand-up events laid on by Google and Amazon Web Services (AWS) - in rooms with brick-work showing and craft beers on tap - compared to long-winded sit-down evenings of rehashed IT jokes and poor sounding cabaret.

Microsoft has also moved away from the latter, in favour of the former.

They are chalk and cheese, and crucially, they attract different audiences. Is it simply coincidence that one plays host to developers and the other, resellers?

A little too observational perhaps, but in a world dominated by marketing and messaging, the traditional channel would be amiss to discount this purely as a change of scenery - this is more than a new coat of paint.

New categories create new awards, delivered through a new format, in a new venue, for new finalists, amid a new ecosystem.

Aesthetics aside however, the new-look categories alone should provide enough indication that Microsoft is moving, at pace, into a different network of providers, echoing previous commentary published earlier this year.

A quick look back at 2010 for example, would see a Reseller of the Year award up for grabs, alongside a specific MSN gong - how times have changed in the corridors of Microsoft New Zealand.

This year, categories essentially focus on the partners that have made the lives of customers easier, with a heavy leaning towards end-user innovation.

Awards such as Engaging Customers and Transforming Products, backed up with Empowering Employees and Optimising Operating emphasise a change in direction.

But such a shift should come as no surprise for the ecosystem of more than 2,400 partners in New Zealand, partners that have witnessed first-hand the fundamental changes instigated from the top down at Microsoft.

Take Satya Nadella’s visit to Auckland in November 2016, a move which for many heralded a new era for the channel.

As observed by Reseller News at the time, through headlining the Microsoft Developer Day Aotearoa New Zealand, Nadella outlined how developers can help shape the future with an intelligent cloud platform and artificial intelligence.

In aligning with the developer community, Microsoft once again sent subtle - or perhaps not so subtle - signals to its traditional channel base.

For this wasn’t a trip of channel convenience, there was no reseller one-on-one meetings or strategic addresses, rather, that visit laid the groundwork for Microsoft’s future partner strategy in New Zealand - evident through the One Commercial Partner rollout.

So, what next for a Kiwi channel so loyally aligned to Redmond? The answer differs depending on the partner in question. But in 2018, Microsoft’s stance is becoming clearer by the day.

An awards ceremony in Auckland will only help cement this change.