Software specialists struggled to get a fibre connection 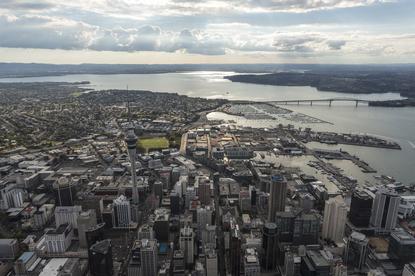 An international software company headquartered in Riverhead is benefiting from a boost in internet connectivity following a partnership with Intellium Technology.

Specialising in creative design development - across consumer and business markets - Ambient Design is a New Zealand-based business serving US customers through the company’s flagship solution, ArtRage for Windows and MacOS X.

Founded in 2000, the software specialists provides expertise across a range of offerings, spanning graphical plugins to internet applications and commercial painting software.

But despite being located 35 minutes from downtown Auckland, co-founder Andy Bearsley has struggled to get a fibre connection.

“The difficulty is that I’m a software engineer running an international software development company,” he explained. “We don’t have an office, everyone works from home, so a lot of data needs to be shifted around at a reasonably high rate.”

After sourcing several providers to improve connectivity - including copper ADSL and wireless connections, the business only achieved speeds of up to 10 Mb/s.

“Given the amount of data we are using that’s not adequate and means we might be spending a day downloading software updates for a machine and that’s a waste of a day,” Bearsley said.

After approaching Intellium Technology in October 2017, within two months the Auckland-based provider had built a dedicated point-to-point digital microwave link to equipment in the Waiatarua Ranges.

As a result, the business now runs of speeds of 120 Mb/s, while also using phones running on voice over IP.

“The change is phenomenal,” Bearsley added. “If you get into the flow of producing something you don’t want to be stuck waiting while something updates or downloads as that breaks your flow of work and creativity.

“Now, it’s all done at the snap of your fingers, which is a lot less frustrating.”

According to Intellium Technology managing director Dale Daniels, many businesses operating outside of New Zealand’s main cities struggle to achieve the required bandwidth due to a lack of network capacity and unreliable connections.

“While the government’s Rural Broadband Initiative has expanded coverage, it is largely cellular wireless connections which can be hugely expensive for data-hungry businesses,” Daniels added.

“The benefit for Ambient Design is there is no data plan, so they can use as much data as they need.”

From a technology persecutive, the provider partners with vendors such as Cisco, HP and Microsoft, alongside Aerohive Networks, ESET and Canon.