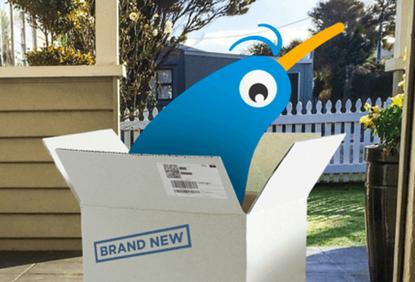 Duffy is currently head of trust and safety at Trade Me, where he deals with consumer and compliance issues, a role he has held since 2011.

During this time, Duffy oversaw the restructure and expansion of Trade Me’s trust and safety function in 2016.

“Jon brings a mix of practical and consumer focused expertise,” Edwards said. “Jon’s experience in working with these consumer protection and information technology networks will enhance our efforts to safeguard consumers and citizens across the economy.”

The appointment also coincides with a change in Trade Me privacy policy, which comes into effect from 27 June.

"Currently we have 12 privacy policies across our various services, this change pulls them all into one," a company post states. "We’ve created one privacy policy to make it easier for you to navigate, allow us to create an even safer data environment within Trade Me, and help us provide you with better experiences online."

Duffy has worked in a regulatory role at the Commerce Commission and in the establishment of the Real Estate Agents Authority, alongside positions as advisory board member for CERT NZ, board member of Consumer NZ, and board member and deputy chair of Netsafe.

Duffy is expected to take up his new role at the privacy commissioner’s office in mid-July 2018.

The appointment comes a matter of weeks afters Edwards sought greater powers to regulate Facebook as the social media giant grapples with a tough new privacy regime in Europe and investigations around the globe over its handling of personal data.

As reported by Reseller News, Edwards said he was seeking new enforcement provisions as part of an overhaul of privacy laws now being considered by parliament.

Edwards and Facebook have been at loggerheads over whether the tech giant was bound by New Zealand law since March, when Edwards asserted the U.S. company had broken local rules by refusing a request by a New Zealand citizen to access personal information held on the accounts of other users.

“What we did with Facebook is issue a legally binding demand and they just ignored and thumbed their nose at it and refused to comply," Edwards told Reuters in an interview last week.

Facebook declined to comment. In March it said it was disappointed in the decision and that the commissioner had made a "broad and intrusive request for private data".