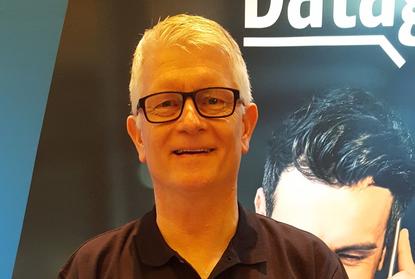 Mark Loveys, CEO of Datagate, heads across the ditch this week for the ConnectWise User Group Roadshow conference in Sydney, aiming to meet potential Australian customers.

Datagate's software integrates with ConnectWise, a popular management and billing system used by many MSPs.

"What's driving Datagate's growth is the convergence of online services that's happening," Loveys said. "MSPs are already selling online services, such as Azure, Office 365 and AWS, based on consumption.

"The same thing is happening with telephony becoming a service on the same infrastructure as IT. It's all built around an IP network, selling VOIP, telephony and even some starting to sell electricity."

However, while telephony is a huge opportunity for MSPs to build new revenue streams, they don't have the systems to manage and bill it.

"They have some good software packages to manage the IT side, but they don't cover telephony - the charging of calls, data and bundling," Loveys said.

Datagate’s technology, built on Azure, gives MSPs the ability to integrate their billing for telephony services into ConnectWise Manage, enabling a single bill to be generated for both telco and IT services.

MSPs can view their telephony services bills within the ConnectWise environment and pass bills automatically into their accounting system without having to re-key customer details and invoices.

“Globally we’re seeing the pay-as-you-go model gaining ground because it lets technology service providers scale their services to the needs of each customer," Loveys added. "So automation becomes critical to keep administration requirements to a minimum."

Providers that have always been B2B have even created new B2C brands, he said.

Also, MSP customers no longer deal with large telcos - the MSP is the only business they call, for new lines, disaster recovery or whatever.

"This is a powerful model that’s speeding up the convergence of IT and telco, and putting the technology service provider into the role of sole supplier," Loveys added.

Dimension Data New Zealand, for example, is using Datagate to help deliver a "single point" ICT managed service so customers only have to deal with one supplier across all services.